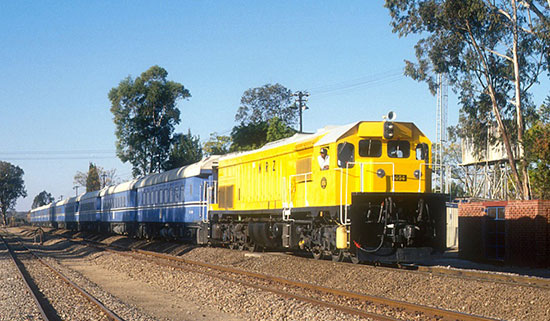 HARARE: Four state enterprises and parastatals (SEPs) flouted tender procedures when procuring millions worth of goods and services, according to the Auditor General, Mildred Chiri.
The report sheds light on a culture of impunity and lack of accountability that prevails among parastatals and state institutions, providing fertile grounds for corruption.
Chiri mentioned CMED ($1 million), Tobacco Industry Marketing Board ($7 million), Grain Marketing Board ($1,5 million), and the National Railways of Zimbabwe ($1,4 million).
“There were issues noted that ranged from lack of due diligence in procurement to noncompliance with procurement regulations, which include that the CMED procured $1 million worth of fuel without going to tender, TIMB incurred excess escalation costs amounting to $7 million not sanctioned by the State Procurement Board (SPB),” Chiri said in her 2016 report on SEPs that was tabled before Parliament this week.
“NRZ procured goods worth $1,4 million that were not delivered, some of these date back as far as 2011.”
Some SEPs were not collecting revenue for services rendered or failing to recover debts
The Zimbabwe Electricity Transmission and Distribution Company was said to have last carried out meter readings for some properties in 1984 and its total negative bills amounted to $60 million.
“Zimra’s records showed that 29,000 tips with a potential duty of $42 million were yet to be acquitted. With the Zimbabwe Parks and Wildlife Authority, administration of leases continued to lack transparency, and in a notable case lease fees for a hunting concession were revised from $1,1 million to $650,000 without the required documentation,” Chiri noted.
Mobile operator NetOne wrote off $159 000 of underbankings and also could not account for $90,000 in cash.
“NetOne failed to recover $11 million from a related party whose shareholders included NetOne management,” said Chiri.
She said the while corporate governance has improved generally, some extreme cases of weak corporate governance practices still abound.
Such cases include that of GMB which diverted grain purchase funds amounting to $7,9 million to non-related activities.
“The Zimbabwe Youth Council received $362,000 in donations for which it could not avail supporting documents for expenditure. The Mines and Minerals Marketing Board did not have a fully constituted board since 2013. The corporation incurred expenditure on donations amounting to $2,989,913 that exceeded the approved budget of $250 000.”Advertisement

Parastatals like Zimra, Civil Aviation Authority of Zimbabwe, the Zimbabwe National Road Administration (Zinara), the Minerals Marketing Corporation of Zimbabwe (MMCZ) and the National Museums and Monuments have processed some fringe benefits for senior staff outside the payroll, resulting in them not being subjected to tax.
“Zinara could not support project expenditure amounting to $2,1 million, and Zimstats could not support census expenditure amounting to $28 million,” Chiri said.