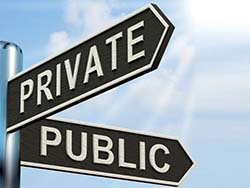 AT the beginning of January, an article appeared in this publication indicating that the Government of Zimbabwe is basically selling off some of its parastatals. Apparently, the government has 92 parastatals and, of these, the authorities want to sell off 11 for now. Those targeted for immediate disposal include Olivine, Finhold, ZESA, Post and Telecommunications (includes Zimpost, Netone, Telone, POSB), Agribank, CAPS, Air Zimbabwe, Cold Storage Company, and the National Railway of Zimbabwe.
To most people it may seem like getting rid of useless companies such as Air-Zim and NRZ among others who are perennial loss makers. But it’s not that simple; this development is actually an indictment of the of the Government’s own incompetence. Government employs whoever is runs these parastatals. In other words, the respective parastatals are answerable to government.
Put another way, the failure of a parastatal is failure of government, not the parastatal. We will, in future articles, discuss how the government has brought down the parastatals in detail, but these few points should be enough – nepotism, tribalism, incompetence and greed. However, like I have already pointed out, it’s not quite black and white. These are all strategic parastatals; even the Rhodesian government knew that, that’s why they set them up.
I have read some of the comments posted on the news article regarding the planned privatisation. Some people are happy they should be sold off to the diaspora or whoever wants to buy them. But let’s remember that much of the Diasporas have been working hard and sending remittances back to their homes in Zimbabwe for consumption; that was basically to ensure that all those family members back home who have no jobs would not starve to death.
The downside to this was that it led to those in Zimbabweans, some of them at least, to believe that there was no need for them to work or innovate as these Diasporas could be tricked to send even more money. It worked well for a while I must admit, as I was also one of those who were tricked; I won’t even go into the non-existent properties supposedly bought and the rest of it.
Had we, as diasporas, known and kept our monies, then perhaps. But as we stand now, it’s highly unlikely that any single diaspora or a group of diasporas can buy one, let alone two of any of the aforementioned parastatals. And, a word of advice though to the diasporas; don’t be used as fronts by foreign capital. That will be national genocide on top of the social genocide already being perpetuated by Zimbabwean politicians.Advertisement

Now, with Zimbabweans – both in-country and abroad – lacking the wherewithal to acquire these companies, this then leaves the parastatals as fresh pickings for the European vultures (excuse the analogy, just trying to get a point across). It does not matter whether it’s the Chinese, Americans or Europeans; the end result is the same – back to colonisation.
Some might say back to Egypt, or inviting the Egyptians back, but this time with a blank cheque to do whatever they want. That means they will bring their own highly paid ‘expatriates’, fiddle the expenses so they appear to be making little profit and pay the locals minimum wage. The locals will work Monday to Saturday 8.00am to 5.00pm and earn just enough to pay rent, buy food and some clothes.
The politicians can make as much noise as they want, but that’s exactly what’s going to happen. In addition, the prices of products and services will go up on the pretext of keeping the business viable while they recapitalise. Everybody is happy. Right? I don’t know about you, but that’s not my idea of living a good life in a supposedly free Zimbabwe.
Another interesting comment I came across was that, there is nothing wrong with selling off the parastatals as the Europeans and Americans were doing the same? Well they have done that and they have run into problems. Unjustified commodity price increases, mass retrenchment of locals. Now if they can do that to their own kith and kin, what about you?
Remember, you are not considered people in their minds, but monkeys. Even those 10 people still left in the parastatal will be sacked and replaced by an even larger number of high-earning ‘expatriates’. In addition, if foreigners get this foothold, they will cause our politicians to become High Level National Security Risks. We have heard of State Capture by the Guptas in South Africa. If we don’t have State Capture in Zimbabwe already, then it will come as a direct result of such bad decisions and judgements.
Most people are aware that Robert Mugabe was a marked man in that he took land away from the whites. There was, therefore, no way they were going to let him succeed either in agriculture or industry. Despite his numerous academic degrees, he failed to see this or chose not to do anything about it. He chose to bawl like a baby – sanctions blah blah and all that.
If Mugabe had succeeded, then South Africa would have taken the same template and that would have been intolerable for the whites to have ‘monkeys’ pull off such a feat. They would have invaded Zimbabwe to forcefully remove Mugabe like they did Sadam Hussein in Iraq and Gaddafi in Libya.
The problem with Mugabe was that he then went on to make it easy for them to demonise him. Gave all the good land to his friends and not the povo, gallivanted across the globe with massive entourages, made $15 billion in revenues due to the State disappear, just to cite a few of the misadventures. In short, he made a catalogue of terminal blunders which, in the end, caused his demise to come from within and not from outside. If $15 billion came out of the ground and rocks in Zimbabwe then disappeared across the border, do we really need external help?
My one-cent-worth of advice to the current President is this;
1. Do not sell off the parastatals, get them running again. How you are going to do that is your problem.
2. Do not pin your hopes on help from outside, STAY AWAY FROM THE IMF and WORLD BANK.
3. Do not pin your hopes on the ‘returning’ white farmers.
4. Do not look down on your own black people, especially the ones that matter – that is those in the various engineering fields. From there, the God willing, will come Zimbabwe’s’ deliverance.
5. Stay away from those with financial qualifications; they don’t produce, but consume, hence their loud cries for foreign loans with extortionist repayment conditions.
6. We have had educated people in government before with disastrous results; don’t look down on anyone. Above all FEAR GOD, despite the ridicule you will suffer and see what he will do for you.