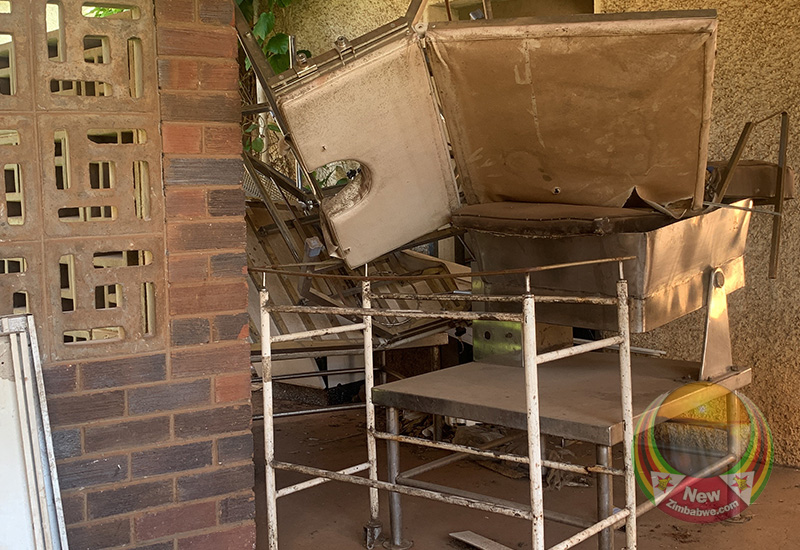 DO NOT mind their snow white uniforms, polished shoes or un-run pantihose; just like residents of any random Mbare flat their smart appearance should never be assumed to be a reflection of their place of residence.

Raw sewage flows unattended at Parirenyatwa Group of Hospitals. Smart nurses, just like their ‘smart’ ghetto counterparts are having to hop, step and skip in careful zigzags over smelly puddles of human waste, daily.

It is not just the sewage, it is the smell, the filth, the countless number of “dumpsites”, strewn-about  defunct equipment, fallen trees, damaged sports courts, falling and leaking ceilings in the wards.

All these have been there for over three years. 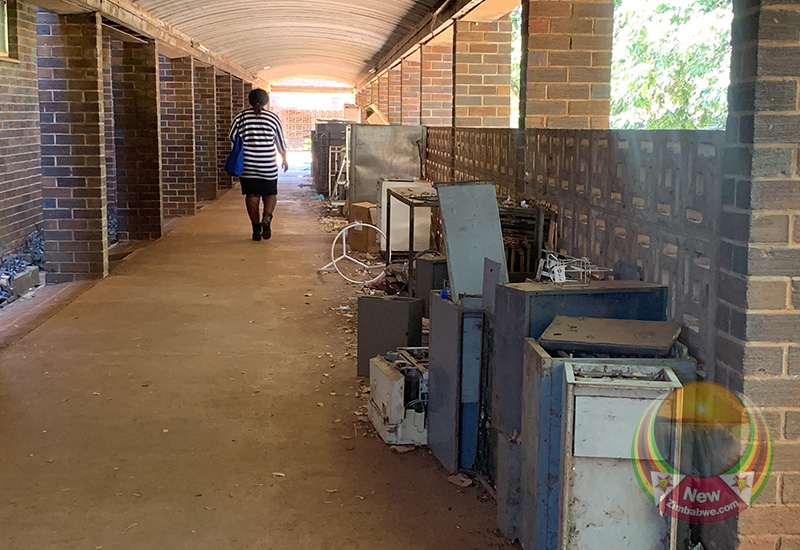 It has three nurse training intakes for a three year diploma, with all students staying within the hospital grounds.

Parirenyatwa is the country’s largest referral hospital and, despite a shortage of equipment, personal protective clothing and medicines; the facility is still expected to serve tens of thousands daily from across the country.

In September this year, two patients undergoing treatment were seriously injured after a ceiling fell on them during examination. Despite efforts to downplay the incident by hospital authorities, social media users said this was just an example of Zimbabwe’s dilapidated health delivery infrastructure.

Nurses who spoke to this publication on condition of anonymity for fear of victimisation said calls to have the dire state of affairs addressed were being ignored.

“This place is now rundown and people have normalised it. Imagine, we talked to these people months ago but they did nothing,” said one of the nurses.

“You would expect Parirenyatwa to be the smartest hospital in the country but when you get here all you see is old equipment in the corridors, rusty gutters and unattended dirt.” 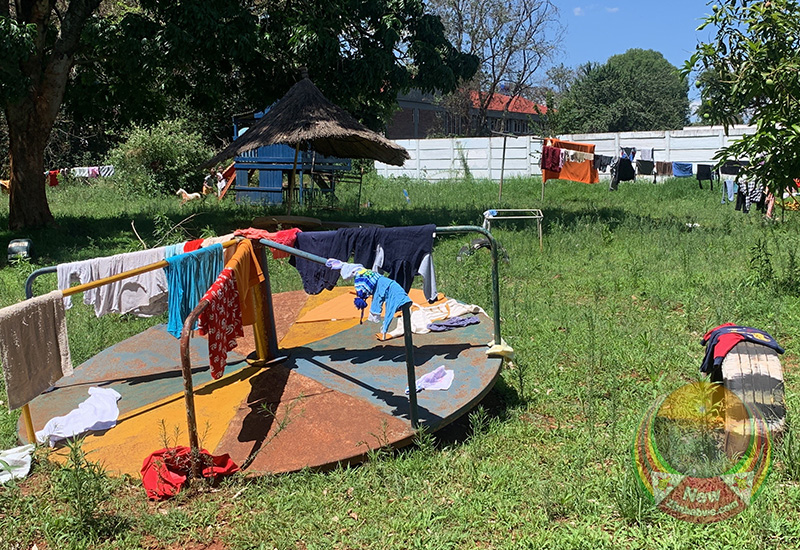 Two Zanu PF regimes have overseen the rapid collapse of Zimbabwe’s once celebrated health system, with poor funding, maladministration and corruption being blamed for the massive decline.

Parirenyatwa, which treated late Rhodesian Prime Minister Ian Smith in 1982 when he suffered a heart attack at parliament, has not treated any high profile official in decades as they have realised its dire state.

“Unfortunately our government officials do not use the systems that they are running. When they get sick they go outside the country,” said Simon Madubeko, a junior doctor at Parirenyatwa in 2019 while referring to its presidential suite.

“They go to South Africa, Singapore, Egypt and China where systems are working. It is the reason they do not put money into making sure local institutions are running properly. They get comfort elsewhere.”

Robert Mugabe’s family got 24 farms. Who is a “mupambi wepfumi?”

Ian Smith and his ministers were treated at Andrew Fleming (Parirenyatwa) hospital, yet Mugabe spent millions getting treatment in Singapore.

A major refurbishment, promised in 2004 to bring it to international standards within two years failed dismally due to problems in accessing foreign currency.

Parirenyatwa Hospital spokesperson Linos Dhire said equipment seen by this publication was being processed for disposal while disputing the presence of sewage at the facility despite images taken.

“All the items lying idle have been earmarked for disposal in terms of the relevant statute. The appropriate paper work is almost complete.

“An ornamental tree fell on the roof recently due to incessant winds and rain and has since been removed. We have Home Wardens in every hostel whose responsibilities include identifying infrastructural issues which need attention and report them to relevant departments.

“This system has worked very well over the years. All sewer bursts are immediately attended to as a matter of urgency and we currently do not have any burst sewer pipes but we have two burst water pipes which are receiving attention. 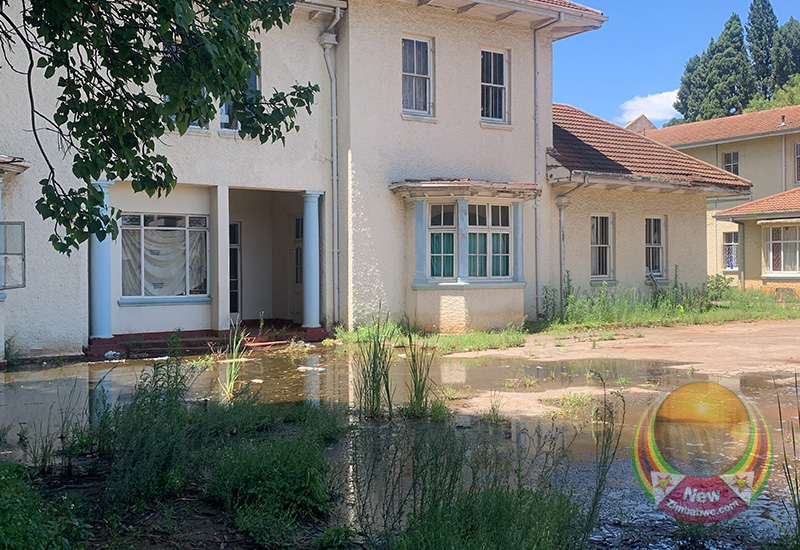 When NewZimbabwe.com visited the hospital creche, wet clothes were hung on children’s swings while what looks like a canteen is now an abandoned metal scrapyard.

A walk through the hospital wards exposed a leaking ceiling, with authorities placing buckets and blankets below the leak to avoid puddles.