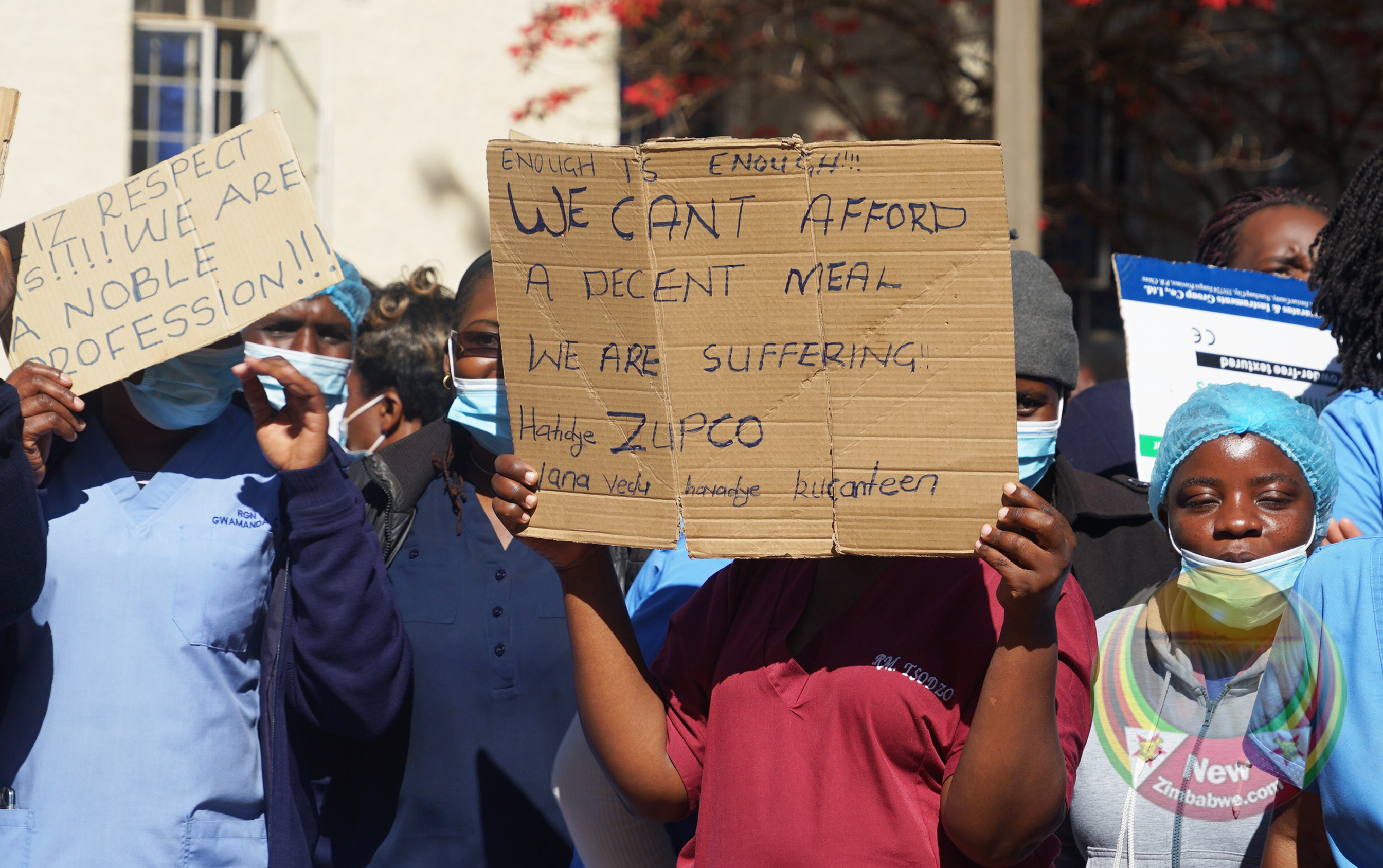 GENERAL workers at Parirenyatwa Hospital, who include groundsmen, cleaners, and cooks are reportedly earning as little as ZW$5,000 a month  which is barely enough to buy five loaves of bread.

The general workers, whose salary is less than US$10 on the black market, have joined an ongoing industrial action by public health workers over poor salaries.

“We are in full support of the ongoing strike. We are incapacitated. We have nothing at home, our salaries are too low, we cannot feed our families and we do not even afford our own accommodation,” Chatyoka said.

“Some of my members are earning less than ZW$5,000 because they have taken some loans and their salaries are being heavily deducted putting an extra burden on them.

“For someone who is getting ZW$5,000 it is very difficult to survive because we pay transport fares in US dollars. We buy the money on the black market at the rate of US$1 to ZW$600 which makes it really tough for us as lower grade employees,” said Chatyoka.

The industrial action by health workers entered its fourth day on Thursday.

There has not been any meaningful dialogue between the government and the workers.

Zimbabwe Nurses Association (ZINA) leader Enock Dongo said although the current situation in hospitals is disturbing, there is no going back.

“When government indexed everything else in US dollars, they forgot about indexing our salaries.

“We do not have the basics in hospitals, we do not have bandages, gloves, paracetamol which is just a pain-stop, we do not have antibiotics, and x-rays so even if health workers were to go back to work today, they would still have to watch people die because of lack of the resources,” he said.

Dongo said even if the government ropes in the military to stand in for them, it would never work.

“The number of health workers in the army vis-a vis our number is incomparable. In short it will definitely not work.

“I do not think it is possible or serve the purpose,” he said.

Dongo said what is needed is dialogue between the health workers and the government.

“The health workers are not demanding something out of this world, they are just demanding basic salaries and medication in the hospitals and equipment.

“It is very simple and for the government to try and look for other ways of doing things is not fair and it will lead to total collapse of our health system. They have done it before,  to bring in nurses and doctors from the army but I think they know it well that it will be for politicking not for real work to be done.

“This is not a profession that you can take someone to come and replace, there is a need for handover because these patients have records.”

Public health workers have been on strike since Monday, demanding – among other things – that their salaries should be paid US dollars.