Speaking in Parliament, Biti said health minister and Vice President Constantine Chiwenga must be summoned to explain the public health situation in the country, saying the sector had “collapsed”.

Chiwenga is currently out of the country attending a conference in West Africa.

He flew to the Togolese capital, Lome, for a United Nations health summit for African countries on a luxury private jet which reportedly costs around US$20,000 per flying hour.

“I was at Parirenyatwa hospital recently. My grandfather is not feeling well; he has prostate cancer. They are forcing you to buy bandages, syringes and even painkillers. The public health system in Zimbabwe has collapsed,” Biti said.

He told deputy speaker Tsitsi Gezi that the situation was critical after Wednesday’s revelations by Marondera Central MP Caston Matewu that in Chipinge, citizens bitten by dogs were being treated for rabies in Mozambique.

Said the former finance minister; “It is a national crisis, there are no dialysis machines, no basic equipment in our hospitals and only yesterday in South Africa, we were treated to a video clip of the MEC, the provincial minister for Health in the Limpopo province Dr Phophi Ramathuba chiding Zimbabweans that they are being treated in South Africa, what is wrong with their health system in Zimbabwe?

“So we ask that the health minister be summoned to this august House to present a status of our health and how the government is going to deal with this urgent issue.”

The deputy speaker promised the message would be conveyed to the relevant minister. 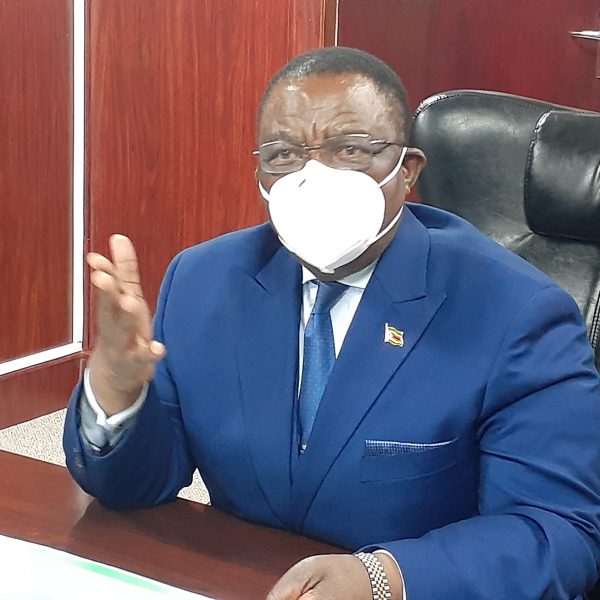 “I ask the government chief whip to convey the message to the responsible minister so that he will come to the House as requested by Hon. Biti,” Gezi responded.

She however, agreed with Zanu PF Bindura South MP Remigious Matangira’s claim that crisis in the health sector was the result of sanctions imposed on the country by the West at the behest of the opposition.

“Truly, we are seeing that medicines are scarce in the country,” said Matangira.

“We need to find out the reason why we are incapacitated. Some went and asked for sanctions.

“They should go back and tell the same people that we are now working as one, so that sanctions are removed.”

He continued; “There are shortfalls not because we cannot buy the medicines. The country does not have adequate medicines for sure that cannot be disputed.

“We have heard and we know who is responsible for that; we all know them. They called for sanctions so that medicines will not be supplied.

“We need to go back and tell them that gone are the days we used to fight. We are currently representing our people so that they have enough medicines.”