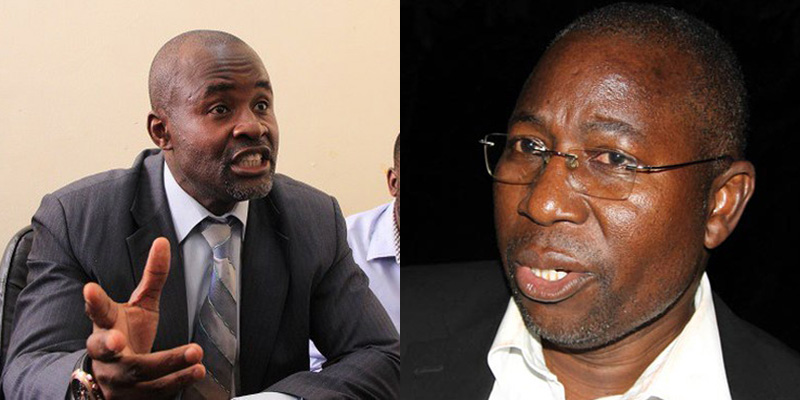 A PARLIAMENTARY committee hearing into the chaos at ZESA was almost aborted Monday after a disagreement over introductions degenerated into a verbal altercation between legislator Temba Mliswa and former Energy minister Elton Mangoma.

Mangoma, last month, demanded to appear before the Parliamentary Committee on Mines and Energy after his name was mentioned during a hearing.

He asked to give his side of the story after claims he had been involved in introducing controversial businessman Wicknell Chivayo to ZESA before the latter was awarded a multi-million-dollar tender.

However, as proceedings got underway Monday, Mangoma refused Mliswa’s demand that he introduces himself as former cabinet minister.

The opposition Renewal Democrats of Zimbabwe (RDZ) leader insisted that he wanted to use all of his official titles.

“You are Elton Mangoma who has many hats (but) there is a particular hat that you once held in which capacity we invited you here,” said Mliswa.

“It is the government capacity that we are more interested in. Our letter was clear as to why we have invited you.”

Responding, Mangoma said; “I am here to defend myself against the shenanigans happening against my whole future.

“I was attracted because I am RDZ leader and presidential candidate for the Coalition of Democrats. So, I would have to use all my titles.”

Mliswa warned Mangoma that it would be wrong for him to abuse Parliament for political ends when his request to appear before the committee did not indicate his political positions.

“It is Parliament that wrote to you, but you seem to be taking this as a joke. Parliament, in its exercise of democracy, invited you to give evidence,” said the committee chair.

“As per your letter, at no point did you talk about your political affiliations. I ask you politely to introduce yourself as a former energy minister for our records purposes.

“It would be unfair for you to come here and ride on your political offices. At no point do you, in the letter, indicate that you want to come here in your capacity as a political leader.”

Mangoma stuck to his guns forcing Mliswa to eject him.

“Thank you very much; you would have to come some other day. We have serious business to conduct.

“Leave us before I call the Sergeant at Arms to escort you out,” said Mliswa as Mangoma tried to reason and explain his position.