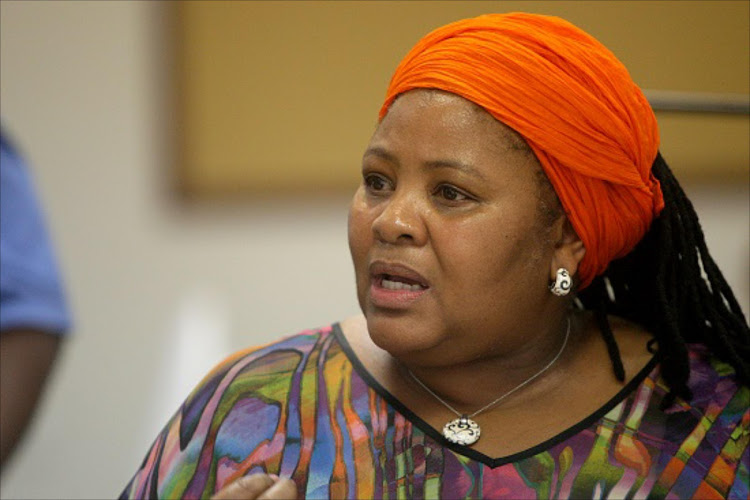 The DA wants parliament to be part of determining how much the ANC will pay for senior party members who used an air force jet to travel to Zimbabwe.

The party said it will request National Assembly speaker Thandi Modise to call an urgent meeting of the portfolio committee of defence and military veterans to which the department of defence accounts.

The DA wants SA National Defence Force representatives, department of defence accounting officers, including the CFO, and representatives of the National Treasury to determine the amount the ANC must pay back for “their brazen abuse” of the aircraft.

The National Assembly is in recess. Its business will resume on October 5.

DA defence spokesperson Kobus Marais said members of the standing committee on public accounts (Scopa) and the transport portfolio committee should also be part of that meeting.

Marais proposed that MPs sitting in these committees work in consultation with a panel of independent aviation experts to calculate the full cost of the ANC trip to Zimbabwe, including wear and tear on the aircraft and other associated costs.

A report on the costs would then be handed to the office of the auditor-general to compare that to expenses submitted by the department of defence and military veterans — and should also be presented to parliament as a special parliamentary report, he said.

“The repayment of the money must be an open and transparent process as we simply cannot trust the ANC or the minister of defence and military veterans, Nosiviwe Mapisa-Nqakula, to ensure that this process is above board,” said Marais. “Parliament must have full oversight of this payment.”

He said the ANC repaying the money would not in any way absolve the party of “the criminality of their actions”.

“The reality is that minister Mapisa-Nqakula, Ace Magashule and the rest of the ANC delegation shamelessly abused state resources and possibly put South African national security at risk. They must be held to account.”

The DA laid criminal charges on Wednesday against the ANC delegation for their abuse of a state aircraft and flouting Covid-19 lockdown regulations.

“Unlike President Ramaphosa, the DA will not sit by silently as the ANC continues to abuse their power and loot our state resources,” said Marais.

The ANC has, after a public backlash, since undertaken to reimburse the government for the costs incurred during its controversial use of the jet on a party-political mission to Zimbabwe last week.

“We travelled in an unusual manner and profusely humble ourselves where we went wrong during the lockdown and will reimburse the government for the costs incurred on behalf of our delegation,” said an ANC statement on Tuesday.

Defence spokesperson Siphiwe Dlamini said his boss Mapisa-Nqakula gave the ANC delegation a “lift” in the aircraft to Zimbabwe as she was already going to meet her counterpart on official defence business.