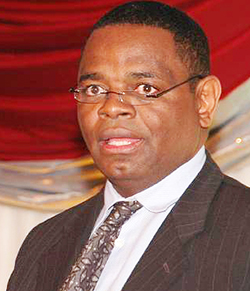 PARLIAMENT has recommended the establishment of a board which will run the closed Shabanie Mashava mine and look at the welfare of workers who lost their jobs when the asbestos mining company ceased operations.
Shabani-Mashava mine closed down several years ago, rendering over two thousand people jobless.
Closure of the mine did not only affect the workers who are still to get their severance dues, but also turned the Zvishavane into a ghost town.
Some of the mining infrastructure left idle following the closure of the company has since been turned into class-rooms by the still developing Midlands State University which has established another campus in the town.
Meanwhile, the recommendation by parliament came after two Zanu PF lawmakers, John Holder, MP for Zvishavane Ngezi and Masvingo West legislator Ezra Ruvai expressed concern about the plight of former mine workers.
“We are worried that these workers may never get what is due to them and also that the prospects of the reopening of the mine may never dawn, given the fact that the credit status of the company has been getting worse since the closure of the mine,” said the two Zanu PF legislators.
The house of assembly unanimously agreed that there was an urgent need for the resuscitation of the mining company to address the plight of the disgruntled workers.
“Through the government, a board be set to run the affairs of the mine through a properly structured administration, and that board should secure a new investor to resuscitate the mine so that the welfare of the workers and the mining community is catered for,” resolved parliament this past week.Advertisement