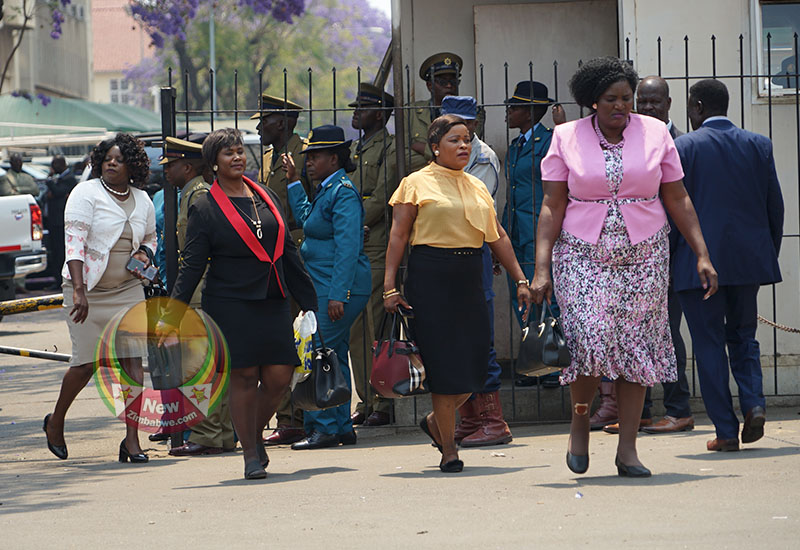 PARLIAMENT has started investigations into a series of alleged misconduct acts by the main opposition MDC MPs who either refused to stand up for President Emmerson Mnangagwa when attending Parliament or decided to walk out on the state leader since 2018.

In a letter dated 12 February 2020 and served to one of the accused MDC MPs, a committee to investigate the matter has already been set.

“The letter serves to inform you that the privileges committee has commenced investigations into allegations of misconduct regarding your conduct on the occasions that the Head of State has attended Parliament in the performance of his constitutional duties,” reads part of the letter signed by the Clerk of Court, Kennedy Chokuda.

“A matter of privilege regarding the conduct of Honourable Members of the Movement for Democratic Change (MDC-A) was raised in the House on Thursday, 14 November 2019.

“The matter of privilege raised was to the effect that whenever His Excellency, The President, Hon. E.D. Mnangagwa attended Parliament in his official capacity as Head of State and Government, Hon Members of the MDC-A Party either did not rise as a mark of respect or walked out of the House.

“Such behaviour was found to be grossly disrespectful of the office and person of the Head of State and Government in terms of Parliamentary custom and practice which the institution of Parliament in any jurisdiction is expected to observe.

“Such conduct was also found to undermine the dignity and integrity of the august House.

“The Chair therefore, ruled that there existed a prima facie case of contempt of Parliament hence the appointment of the Privileges Committee to investigate the matter and come up with corrective measures.”

The MDC legislators walked out on Mnangagwa as he presented his State of the Nation Address (SONA) in 2018.

Police in 2018 stormed the legislative chamber to wrestle out each one of the MDC MPs in full view of live television cameras when the legislators again refused to stand up for Mnangagwa when Finance Minister Mthuli Ncube presented his 2019 budget on 18 November 2018.

When Mnangagwa came to parliament 1 October 2019 to give his SONA, the MPs walked out on him.

On 14 November last year when Ncube was presenting his 2020 budget and Mnangagwa was present, the all opposition MPs boycotted the session claiming they were attending funerals of fellow party members.

The committee, as per details in the letter, is set to determine whether the actions and any other that may arise in the course of investigations do not constitute contempt of Parliament.

However, the letter does not specify when the investigations will resume.

The Nelson Chamisa led MDC has maintained it does not recognise Mnangagwa’s presidency after a contested 2018 presidential election whose result was eventually determined by the Constitutional Court in favour of the Zanu PF leader.