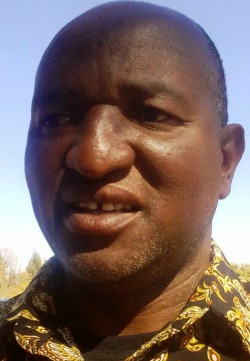 STATE Procurement Board (SPB) chairperson Charles Kuwaza was chased out of a parliamentary committee hearing after an altercation with the MPs.
Kuwaza was appearing before the parliamentary committee on mines and energy which is chaired by Zanu PF legislator Lovemore Matuke.
As proceedings started, members of the committee asked Kuwaza if he had come with answers to their questions to which the SPB boss responded:
“Let us have order in this committee, honourable members you are making noise and shouting at me,” Kuwaza said.
An incensed Matuke then cut in, asking Kuwaza to excuse the committee with indications the SPB head could be facing contempt of Parliament charges.
“We need to give you time to attend to the questions that we asked. Meanwhile the committee will be guided by Parliament authorities.
“You have not been cooperating and answering our questions.
There are specific issues that you were asked to respond to through the Clerk of Parliament but you have not been able to do so. You are refusing to answer our questions, so we are asking you to go back,” said Matuke.
Instead of answering questions regarding his board’s tenure and the role of the SPB in government procurement procedures, Kuwaza started talking about Zimbabwe Electricity Distribution Company pre-paid meters before Matuke blew-off his fuse.
Kuwaza claimed he had sent answers by email but Matuke would have none of it.
Matuke’s committee asked Kuwaza about 12 written question as well as other oral ones that have put the SPB chief in an unenviable position.Advertisement