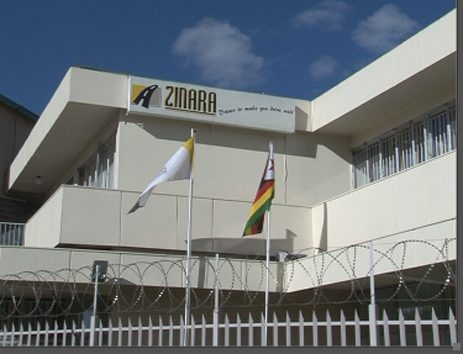 LOCAL Rural district councils have blamed the snow graders scandal on parastatal Zimbabwe National Roads Administration’s (Zinara) failure to consult them before procurement.
At least 40 motorised snow graders worth $8 million were bought from a company called Univern in 2012 by the roads authority for onward distribution to councils.
Harare West legislator Jessie Majome this week asked Patrick Chidhakwa, vice president Rural District Council of Zimbabwe (RDCZ) whether he believed inclusion of councils would have averted the costly error.
Chidhakwa was appearing before parliament’s local government committee this Tuesday.
“Were councils able to identify their needs, purchase and actually pay themselves, do you think that would have happened?” asked Majome.
Chidhakwa said the mistake could have been avoided had Zinara engaged them in the process.
“They are not suitable for Zimbabwe. It was a big mistake which was made, and we hope and pray it will not be repeated.
“Yes, those graders are working but they are giving us big problems,” said Chidhakwa.
He added, “Had rural council had been consulted, we would have declined those snow graders. We were not consulted. It was imposed on us.”
Early this year, transport minister Joram Gumbo admitted that acquisition of the graders was “corrupt” but pleaded with Zimbabweans to let bygones be bygones.
Chidhakwa said RDCZ was working to strengthen the capacity of rural district councils to ensure Zinara’s role ends with funding and that money availed is utilised in creating a good road network around the country.
“We implore all rural authorities which do not have engineers to actually have engineers so they can utilise the funds. We have spoken to Zinara and it will capacitate us,” he said.
“If there is an engineer who does a shoddy job in Tsholotsho, he must not come and get a job in Mudzi. We are very serious about quality control, we cannot repair roads every three years.”Advertisement