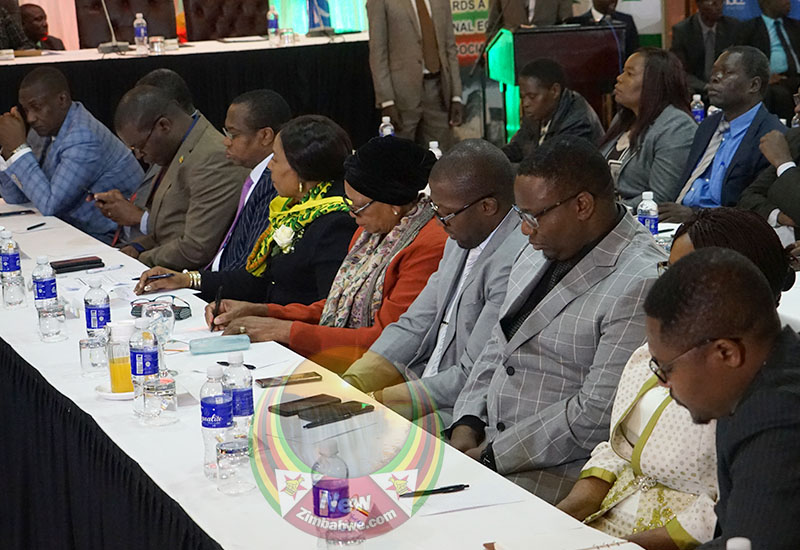 THERE was chaos in the House of Assembly Wednesday with Temba Mliswa accusing Cabinet ministers who continued to boycott the house’s question and answer sessions of turning Parliament business into a ‘circus’.

However, the arrangement seems to be unpopular with the ministers who usually assign deputy ministers to attend parliament.

Their deputies have, quite often disappointed MPs as they do not give satisfactory answers to questions asked.

Finance Minister Mthuli Ncube was singled out as the main culprit who bunked the Wednesday sessions while other ministers who regularly absconded were identified as Home Affairs, Kazembe Kazembe; Agriculture, Perrance Shiri and Environment, Nqobizitha Mangaliso Ndlovu.

“We cannot continue Parliament business with Leader of the House all the time. You must protect him. You must feel sorry for him because he ends up saying things which are defensive and which are not factual. It is only the ministers who are mandated to do so,” Mliswa said.

The Leader of the House is Justice Minister Ziyambi Ziyambi.

“This is turning into a circus and people think we are a joke at the end of the day because pertinent issues affecting people on the ground cannot be addressed by the leader of government. Where are those ministers who are not here? Let us adjourn the House until the ministers are here.”

He blamed the Zanu PF led government for allegedly neglecting national issues and forgetting those who voted for them into office.

“Zanu PF, you are the ruling party and you are losing support of the people because you are failing to address issues affecting them. You are here because of those people you are neglecting,” Mliswa said.

“As for you Madam Speaker, your chair can only be taken seriously if you are firm. We are the House that has oversight over government. We cannot continue like this.

“You are the boss of these ministers. Do not worry that they are the ‘Queen Bs’. We cannot continue with this circus every day when we are busy suffering. People want answers. What are we going to say to them?” fumed Mliswa.