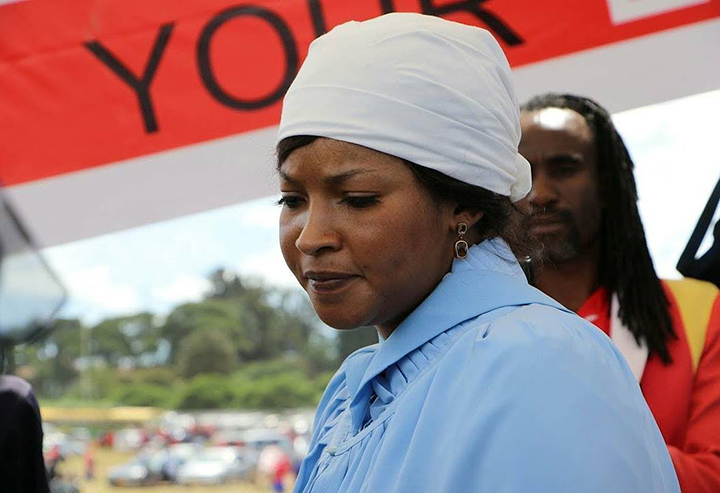 SPEAKER of Parliament Jacob Mudenda Tuesday took a swipe at the late MDC-T leader Morgan Tsvangirai’s family for allegedly “poking their noses” into the inheritance of the ex-Prime Minister’s estate.

Mudenda was giving his keynote address during the launch of the 50-50 Advocacy Campaign and the Women’s Manifesto at the Harare International Conference Centre.

He also poked fun at embattled MDC-T deputy president Thokozani Khupe who is currently embroiled in a losing battle for control of the popular opposition party with the now confirmed leader Nelson Chamisa.

The event, attended by hundreds of local women among them female members of parliament, aspiring female MPs and feminists, was organised by the Zimbabwe Women’s Parliamentary Caucus and women leadership from across the political divide.

Mudenda, in his address, outlined a host of successive laws passed by the Zimbabwean government and its predecessor administration in attempts to bring about gender parity and protect women.

Among the laws, Mudenda said, was the Administration of Estate Act in 1987 which gave women inheritance rights.

“Recently, it was so sad to read about the squabbles in the family of the late icon of the democratic movement, vaTsvangirai and family members begin to poke their noses in the inheritance issue,” Mudenda said.

“The law must be respected at all times. I wish we had the spiritual power of waking up from the dead.”

Tsvangirai succumbed to a long battle with colon cancer on Valentine’s Day in South Africa where he had been flown weeks before for a routine treatment for the ailment.

During his funeral wake, Tsvangirai’s widow Elizabeth Macheka was harassed by his relatives, including a widely publicised attempt by the late opposition heavyweight’s mother to bar her from the burial.

This was to be followed by a tussle for the late opposition leader’s estate which includes two upmarket houses.

But Mudenda said if it was possible, men could rise from the dead to defend their vulnerable spouses from greedy relatives.

“Myself, I would really wake up and defend my spouse to say ‘no, no don’t touch her. This is hers and my children’.

“But unfortunately, we cannot wake up, but the law can wake up on your behalf. Know the law and implement it accordingly,” he said.

Mudenda encouraged local women to dream big, including taking a go at becoming the country’s President.

This, he said, has been achieved before by other women in some parts of the world who include Liberia’s Ellen Johnson Sirleaf, Germany’s Angela Merkel as well as Britain’s Margaret Thatcher and lately Theresa May.

“In Zimbabwe, you too must rise and rise until one day we have a female President running Zimbabwe.

He was speaking in apparent reference to Khupe who has been subjected to life threatening ordeals allegedly by Chamisa for her boldness to stake a claim for MDC-T presidency following Tsvangirai’s demise. Khupe was not part of the gathering.

Earlier on, MDC proportional representation legislator Priscilla Misihairabwi-Mushonga had told guests at the event that Zimbabwean women politicians were no longer safe even from their own trusted comrades within their respective parties.

She was speaking as parliament’s gender and youth committee chair.