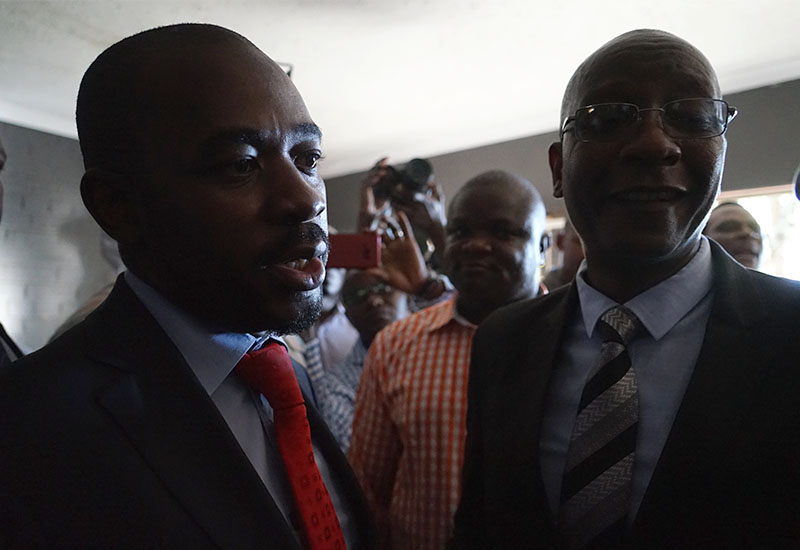 MDC leader Nelson Chamisa was the first to visit, accompanied by among others his deputy Morgen Komichi and other top party officials.

Knowing what his Zanu PF rivals would do to honour Zimbabwe’s most globally recognised artist, Chamisa said granting Tuku national hero status was not enough.

“Not only is he a national hero, but he is also an International Hero,” said Chamisa.

“If we are to have an Order of Merit in this country of an international hero, he is the first one.

“Whereas the families can lose their loved ones, the nation and the world has lost a loved one, a great piece of talent.”

When rival Mnangagwa turned up, he made sure to credit his Zanu PF party for granting Tuku the national hero status.

The president said he was approached by sports and culture minister Kirsty Coventry requesting an appropriate honour for the legend.

“I told her that your views are shared by many … but all issues have their appropriate fora,” he said.

Coventry is not a member of Zanu PF.

“So, we then held our caucus with my colleagues and there was unanimity across the board; no debate at all,” Mnangagwa added.

“To Amai Mtukudzi, I want to say on behalf of our party Zanu PF, Government and myself as President and on behalf of all Zimbabweans that we have agreed that he be declared a national hero.”

He added the government would, as a result, take care of the funeral expenses.

For its part, the MDC – which runs the capital – said it was considering renaming Harare gardens and, at least, one road after the legend.

The was revealed by Harare mayor Hebert Gomba, who was part of the delegation which accompanied Chamisa to Tuku’s Norton residence.

“We have to honour the icon for all that he has done for the Nation and lifting the flag high including Harare as the capital city.”

Gomba added that the city council was also planning to honour other legends such Zex Manatsa and Thomas Mapfumo.

“We are still discussing with other councillors as decide on how we can recognize our music legends such as Zex Manatsa and Thomas Mapfumo and other legends, as we recognise their works.”