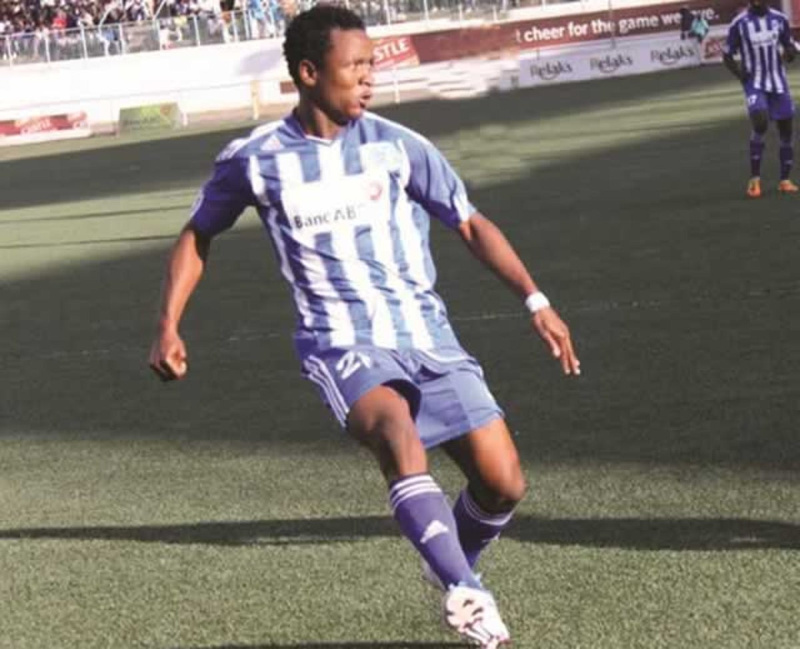 EXPERIENCED defender Partson Jaure has been handed the captain’s armband at Dynamos after making a return to the Harare giants ahead of the upcoming Castle Lager Premier League season.

The 29 year-old former University of Pretoria, Ngezi Platinum and Manica Diamonds player was confirmed as the new DeMbare skipper during the club’s season launch function hosted by their principal sponsor Gold Leaf Tobacco.

Jaure, who is also captain of the locally-based Warriors squad that qualified for the now postposed African Nations Championships (CHAN) is one of the most experienced players in the new-look Dynamos squad which features 13 new players.

The new captaincy role completes a fairytale return for Jaure, who rose from the Dynamos juniors in 2010 to become the captain of a trailblazing DeMbare side that won four consecutive league titles under former coach Calisto Pasuwa.

Dynamos coach Tonderai Ndiraya, who coached Jaure during his stint at Ngezi Platinum Stars promised the club’s fans an exciting season while vowing to repay the faith shown by their sponsors.

Gold Leaf Tobacco have renewed their sponsorship package to Dynamos and will this season sponsor the 21-time league champions through their Remington Gold brand.

“From the technical point of view, we normally talk after play, that is the motto but we will do the best we can to prepare the Dynamos 2020 squad into a squad we all want,” Ndiraya said.

“We brought in some decent signings, it is my hope that we train these boys and equip them with the necessary fitness to compete with other strong teams in the league.

“We are in for an exciting season, we will work hard and make sure we will make the team compete to the levels expected (of Dynamos).

“We also brought in some good experience which should give us a good blend. That should take our club back to where it should be. Dynamos should always be in the top four, when you are in top four, that gives you a chance to fight for the title,” said Ndiraya.

Although the 2020 Premier Soccer League season has been put on hold for at least 60 days due to the coronavirus, Dynamos head into the new campaign with high hopes of finally ending their six year title drought.

Dynamos last won the league title back in 2014 when they were under the tutelage of Calistus Pasuwa.

DeMbare have been very busy on the transfer market after signing 13 players but Ndiraya singled out the duo of former Highlanders and TelOne star King Nadolo as well as Tanaka Chidhobha for some special mention.

Chidhobha, who played for FC Platinum’s Under-19 side in the Central Region Division One League last season, has been handed the number 10 jersey.

“Take note of his (Chidhobha) jersey number, that should tell you something. We have been following Chidhobha’s progress from the days he was at school and we are glad to have him.

“Make sure you watch him when the season starts,” Ndiraya said.

On Nadolo, Ndiraya said: “Be rest assured King (Nadolo) will light up Rufaro. As the technical team we will do the best to lift the brand (Remington Gold). We want to make sure that the support we get from the sponsors will not go unnoticed,” added Ndiraya, who introduced a 26-man squad at the function.