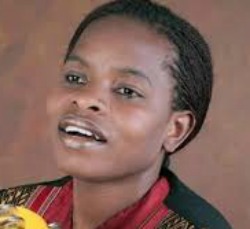 GOSPEL singing couple Pastor Charles and Olivia Charamba will, for the first time in their musical career, launch two albums at one ago after a long break.
The two are backed by Fishers of Men and the double album launch is set for the 16th August at the Zimbabwe College of Music in Harare.
The albums are Abba Father by Pastor Charamba and Voice of Miriam by Olivia Charamba.
Sungura jazz is the main beat in both albums.
The official launch kicks off at 6 pm and advance tickets are already on sale at $5 and $10.
Amai Charamba as she is popularly known said songs in her album remind her fans to praise God after they have been blessed or after overcoming some challenges they were facing.
“This is an album which speaks about how the biblical Miriam, Moses’ sister, praised God after they crossed the Red Sea,” said Olivia Charamba.
“So in this album I am saying there are times that we face too many challenges but our destiny is in the hands of God.”
She added, “And sometimes after those challenges are over through the hand of God, we fail to praise God.”
Pastor Charamba said the two albums will be available on the launch date.
“All newspaper vendors will be selling them in Harare and these CDs are original and guanine. So we encourage our fans and those who are blessed with our music to buy from these people so that they support us.”
Each album is going for $1 each.
After the Harare launch, the Charambas will meet with their fans on the 30th of September at Chitungwiza Aquatic Complex.
Amai Charamba is a multi-award winning gospel artist having started her musical career backing her husband in 2000.
Both husband and wife have toured United Kingdom, USA and the Southern African region.