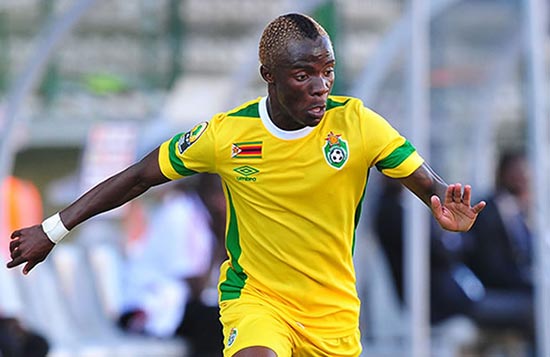 WARRIORS coach Kalisto Pasuwa has named a 26-man squad for the 2016 preliminary round, first leg tie of the African Nations Championship (CHAN) qualifier against the Comoros at Rufaro Stadium on Sunday.
Pasuwa kept faith in the under-23 players who took part in the All-Africa Games qualifiers and in the Under-23 African Championship qualifiers with some of them having played at the COSAFA tournament in South Africa.
Buffaloes defender Devine Magaya is the only new face in the team.
The players started trooping into camp on Tuesday.
The Warriors most of whom were in Malawi are buoyed by the recent victory over Malawi and will be eager to get another winning start as they battle for the right to play at the Chan tournament.
The tournament to be held in Rwanda features only players playing in their local leagues.
Zimbabwe have done well at the tournament making  it to the semi-finals of the 2014 edition held in South Africa before  losing to eventual champions Libya having qualified for the last two editions of the Chan tournament under different coaches.
In 2009, ZPC Kariba coach Sunday Chidzambwa took them to the Ivory Coast while Madinda Ndlovu led them in Rwanda in 2011.
SQUAD
Goalkeepers: T Mukuruva, B Donovan, T Mawaya
Defenders: B Moyo, D Magaya, L Chakoroma, J Jangano, R Kawondera, T Hadebe, J Kanono
Midfielders: G Takwara, D Phiri, W Mutasa, M Mudehwe,  C Rusere, E Mandiranga, R Chitiyo, N Masuku, M Gaki
Strikers: P Mpelele, E Chirambadare, T Chideu, T Kadewere, E Rusike, M SibandaAdvertisement