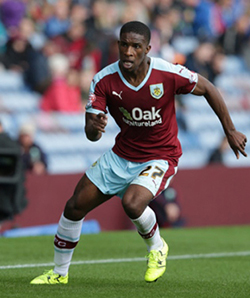 WARRIORS coach Kalisto Pasuwa has included the England based duo of Burnley defender Tendai Darikwa and Colchester United forward Mcaulley Bonne in the squad to face Tanzania in an international friendly match at the National Sports Stadium in Harare on Sunday.
The match falls on the Fifa calendar for international matches, thus presenting Warriors coach with an opportunity to call all his best players.
Although Pasuwa will only name the squad on Tuesday, it has emerged Darikwa and Bonne have been included in the team, although it was subject to them regularising documents which enables them to play for Zimbabwe.
Bonne, who plays for Colchester United made his debut for Zimbabwe when he turned out for the Young Warriors in an international friendly against Morocco and even scored against the Atlas Lions.
Darikwa who turns out for English Premier League side Burnley is expected to make his debut for Zimbabwe this weekend if he avails himself for selection.
Last Saturday, Pasuwa’s home based players defeated Zambia 1-0, courtesy of a header by towering defender Teenage Hadebe.Advertisement