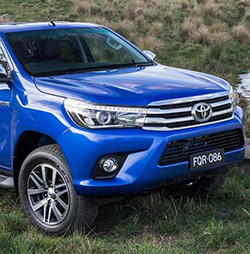 WARRIORS coach Kalisto Pasuwa finally signed a two-year deal that will see him guiding the team at the 2017 African Cup of Nations finals.
ZIFA president Philip Chiyangwa told journalists on Monday during the hand-over of a brand new vehicle – a 2016 Toyota D4D new shape 3–litre V8 double cab, which had been promised by the association’s partner Wicknell Chivayo, that the contract had now been resolved.
“We don’t want to hear about the coach’s contract anymore,” said Chiyangwa.
“There was a meeting between the coach and ZIFA representative Edzai Kasinauyo yesterday (Sunday) and they reached an agreement.
“The contract is going to be signed today (Monday). He is one of the best paid coaches in the region. The contract is forever; it will always be renewed.”
Chivayo said he would also pay the coach his salary for the next two years.
“I have already secured the coach’s salary for the next two years,” said Chivayo adding that the problems of flying in foreign based players from their bases for national duty was now a thing of the past.
He said each player would be flown first class from wherever they are based.
“We are going to fly them in first class from wherever they are,” declared Chivayo.
Pasuwa, after he was handed over the promised vehicle by Chivayo admitted he would now focus his energies on his job without distractions as the working environment was no longer mechanical as it has been since taking over as coach a year ago.
“Yes, everything was agreed on and we about to sign the contract I think in zero minutes’ time. We are just waiting for Mr Mahachi and Edzai Kasinauyo.
“I think everything is ok; it’s now left for me to do my job. The contract we agreed I think is a two years,” said the Warriors gaffer.
Afcon campaign
Pasuwa said he would try to do well in the Afcon campaign where he is expected to lead Zimbabwe for the first time since they made it to Egypt in 2006 under Charles Mhlauri.
He said he would call in most of the foreign based players but ruled out England-based Brendon Galloway.
He said he had spoken to his parents and was told the player was not available to play for Zimbabwe.
Chiyangwa expressed confidence that with the foreign based players like captain Willard Katsande and Khama Billiat whom he said was a proven goal scorer, he did not want the team to be beaten by any other African team again.Advertisement

He said they had also cleared Belgian Tom Saintfiet debt thus they avoided sanctions from FIFA who had threatened to throw Zimbabwe out of the 2022 World Cup qualifiers, if they failed to
settle it.
The ZIFA boss also revealed that their Partner Chivayo would also buy another vehicle for coach of the Mighty Warriors Shadreck Mlauzi.
“I have also entered into another agreement with the sponsor to buy another vehicle for the coach of the women’s football team. It will not be like this one but it will be a brand new vehicle,” said Chiyangwa.
Zimbabwe got off to a good start in their battle for a place at the biennial soccer tournament after beating the Flames of Malawi 2-1 in their backyard last year before drawing 1-1 against Guinea in Harare- a result that saw them sharing top spot with Swaziland on four points.
The Warriors resume their Nations Cup bid with back-to-back clashes against Swaziland next month. They travel first to Swaziland before hosting their opponents in Harare a week later.