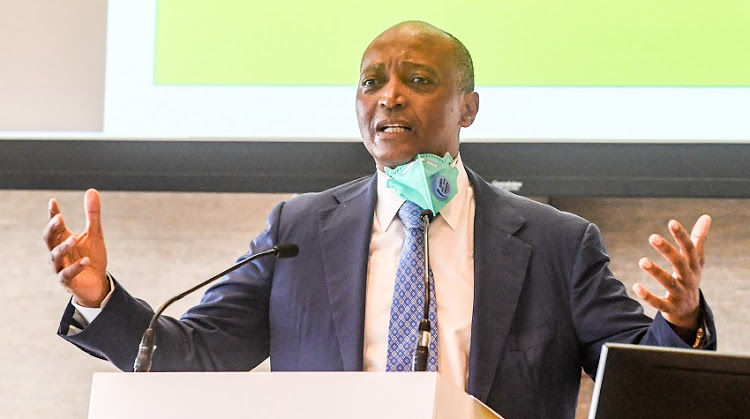 PATRICE Motsepe has been confirmed as the first South African president of the Confederation of African Football (CAF).

Motsepe, whose candidacy was announced by the SA Football Association (SAFA) in November, stood unopposed at CAF’s 43rd General Assembly in Rabat, Morocco, on Friday. He will serve a four-year term until the next elective congress in 2025.

This came after a deal was concluded over the past month that saw Motsepe’s rivals – Senegal’s Augustin Senghor‚ Mauritanian Ahmed Yahya and Jacques Anouma of Ivory Coast – withdraw their candidacies in exchange for leadership and executive positions. Senghor and Yahya have been offered vice-presidencies‚ and Anouma an advisory role.

Motsepe began his campaign as the least favourite among the candidates, as an outsider and unknown in CAF’s political landscape.

Campaigning by Motsepe and SAFA president Danny Jordaan took them to Cameroon, Morocco, Egypt and Qatar, meeting countless African football association heads. These trips coincided with events such as the African Nations Championship (Chan), a CAF executive meeting, the CAF Champions League final and the FIFA Club World Cup, which were attended by FA presidents.

That would have been enough to push him past the 27-vote threshold of CAF’s 54 member associations. This led to the deal with Senghor, Yahya and Anouma, Jordaan has said.

Billionaire mining magnate Motsepe will step down as president of Mamelodi Sundowns for the duration of his Caf presidency. He has indicated that oldest son Tlhopie Motsepe will become chairman in his father’s absence.

Patrice Motsepe’s wife‚ Precious Moloi-Motsepe‚ and other two sons‚ Kgosi and Kabelo‚ will apparently have advisory roles supporting Tlhopie as head of Sundowns.

After the conclusion of selecting the president‚ the CAF executive committee was to be elected. Then CAF’s six representatives at the FIFA Council would be voted on (one of the vice-presidents also serves automatically). After that the various CAF committees would be elected.

That was followed by the roll call‚ an activity report since the previous assembly‚ presentation of the audited accounts‚ report of the audit committee‚ approval of the annual revised budget‚ appointment of auditors‚ and proposals for amendments to statutes.

The indications from the financial reports were that CAF made a loss in 2020, and that the new president has his work cut out restoring long-ailing CAF economically.

Motsepe’s predecessor, Ahmad Ahmad of Madagascar, unseated the 29-year reign of Cameroonian Issa Hayatou in 2017, but was banned from football by FIFA for ethics violations in 2020.