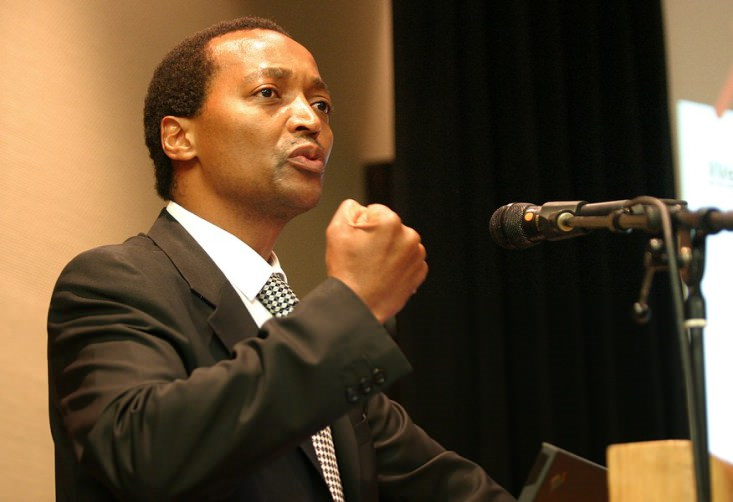 Mamelodi Sundowns owner Patrice Motsepe’s path to the Confederation of African Football (Caf) presidency appears to have become smoother after it emerged his rivals for the seat have been convinced to withdraw from the race and serve under him.

Insiders told TimesLIVE on Monday that Fifa president Gianni Infantino has brokered a deal that could see Senegal’s Augustin Senghor and Mauritania’s Ahmad Yahya take up the first and second vice-president seats at the Caf elective congress in Rabat‚ Morocco‚ on March 12.

The insider said Motsepe travelled to Morocco at the weekend to conclude the ground-breaking deal with Senghor and Yahya.

“Senghor‚ Motsepe and Yahya are in Morocco. They have been in Morocco since this weekend‚” an insider said.

“The Caf presidential candidates have reached an agreement and his [Motsepe’s] competitors will be his first and second vice-presidents.

“Motsepe is in Morocco concluding it.”

The deal will complete an amazing journey for the Sundowns boss as few gave him a chance when he embarked on the journey to assume the most powerful football seat on the continent last year.

Some thought his was a pipe dream as southern Africa has struggled to secure a place on the Caf head table and many have failed to make inroads into a club that has been dominated by nations north of the equator.

Some of those who have failed include influential figures who are well-versed in continental football politics‚ and yet they were kept out by the members of the old boy’s club.

Motsepe appears to have found a magic formula that is largely backed by Infantino’s influence.

The mining magnate presented his 10-point action plan a few days ago at the Sandton Convention Centre in Johannesburg, and spelt out his determination to succeed Ahmad Ahmad‚ who has courted controversy for most of his time at the helm.

The Court of Arbitration for Sport (Cas) dramatically reinstated Ahmad as president of Caf temporarily in January pending an appeal against a five-year ban from the sport.

Ahmad has taken an appeal against his ban to the international sporting court — the highest body in sports judicial decisions — in Lausanne.

Cas released a statement at the time saying the appeal will be heard on March 2‚ 10 days before the Caf presidential election‚ and for positions on the Fifa council on March 12.

Cas reinstated Ahmad due to “a risk of irreparable harm for Mr Ahmad if the disciplinary sanction is maintained during the period prior to the Caf elections”.

Motsepe said a few days ago he has found very quickly that football is a lot more tricky than the business world he has been a part of for a number of years.