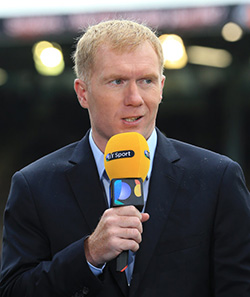 THE Emirates FA Cup, the world’s oldest club football competition, got under way on Friday and Saturday, providing some of the less famous names in English football a chance to claim some famous scalps.
Paul Scholes, the former United midfielder, said after the game. Not half as bored as United’s fans, who continue to sit on their hands, waiting for some entertainment.
No Cup relief for Aston Villa and Sunderland
At times, the FA Cup can provide a team struggling against relegation from the English Premier League cause for cheer, with progress in the competition helping to ease supporters’ ire over league losses week after week. No such succour for Villa, which drew 1-1 away at Wycombe Wanderers, a club three leagues below it, or Sunderland, which lost 3-1 at Emirates Stadium to Arsenal. Villa’s display was particularly bleak, suggesting no improvement on its recent league performances. Sunderland’s was not much better, though of course Arsenal is a team that inhabits a different universe of quality from Wycombe. All football supporters ask for is something to cheer for. A win in the Cup on a dour midwinter afternoon can provide that. But Villa and Sunderland instead continue to explore new depths of ineptitude.
‘Magic of the FA Cup’ is still alive—justAdvertisement

Anyone who saw Eastleigh almost beat Bolton Wanderers, or Exeter City hold Liverpool to a draw and earn itself a replay on Friday night, will tell you that this competition still matters to the teams from the lower divisions of English football who spy an opportunity to knock off the big boys. And yet, the fact that Liverpool manager Jurgen Klopp sent out an inexperienced team tarnished the occasion somewhat. It was understandable, because success in the Premier League is where the cachet and the money is. But with every weakened side sent out by a Premier League manager, the importance and lustre of the FA Cup fades a little more.
Sergio Aguero is back in business
The striker scored the first goal for Manchester City against Norwich City at Carrow Road, Norwich’s home ground, and then made the second, as City went on to complete an easy 3-0 victory to progress to the FA Cup fourth round. Aguero has been finding his way back to fitness after a period out with injury, but he looks back up to full speed now. And that spells trouble for City’s rivals as the Premier League title race nears its conclusion. Without Aguero, City is a dangerous team. With him, it becomes positively lethal and very difficult indeed to stop.