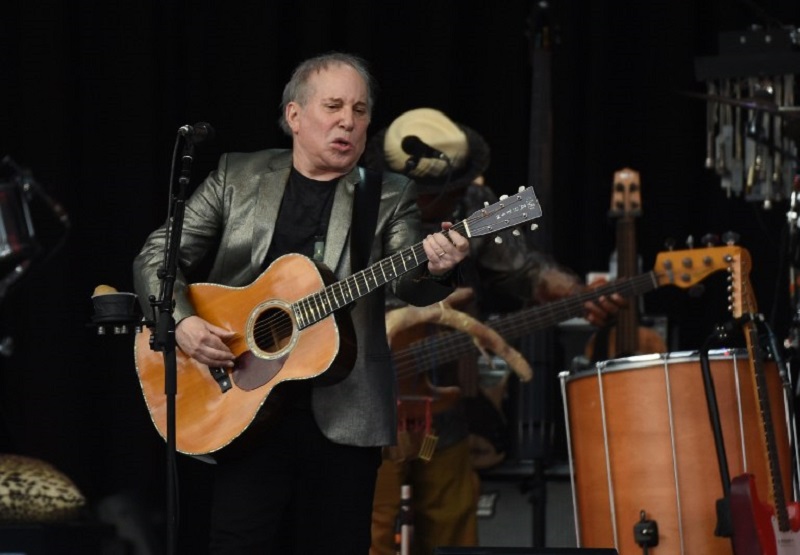 Folk rock legend Paul Simon on Thursday announced an album with fresh takes on previously released songs as he prepares to retire from touring.

The former half of Simon and Garfunkel, who pioneered world music fusion in the 1980s, previously said that he will stop touring after a September 22 concert at Forest Hills Stadium in the New York borough of Queens, where he grew up.

Preparing for his live finale, Simon said he will on September 7 release a 14th solo studio album, “In the Blue Light,” in which collaborators joining him to reinterpret his songs.

“It’s an unusual occurrence for an artist to have the opportunity to revisit earlier works and rethink them; to modify, even completely change parts of the originals,” Simon, 76, writes in the liner notes, according to a statement announcing the album.

“I hope the listener will find these new versions of old songs refreshed, like a new coat of paint on the walls of an old family home.”

The album will not feature his best-known hits such as “You Can Call Me Al” or “Me and Julio Down by the Schoolyard.”

Instead it will emphasize lesser-known tracks such as the surrealist-inspired “Rene and Georgette Magritte With Their Dog After the War.”

Star guests will include the iconic jazz trumpeter Wynton Marsalis on “How the Heart Approaches What It Yearns” and “Pigs, Sheep and Wolves” as well as Bryce Dessner, the composer and guitarist of indie rockers The National who arranged a new take of “Can’t Run But,” Simon’s 1990 song about the Chernobyl nuclear disaster.

“Can’t Run But” appeared on “The Rhythm of the Saints,” in which Simon incorporated the sounds of Brazil. The album followed his career-reviving 1986 album “Graceland,” in which Simon found a new voice by working with South African musicians.