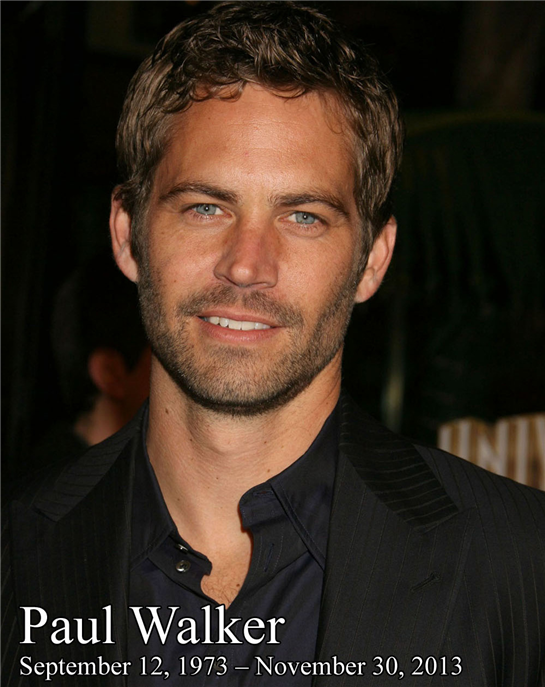 PAUL Walker’s final racing adventure has taken pole position at the worldwide box office.
Fast And Furious 7, also starring Vin Diesel, Dwayne “The Rock” Johnson and Jason Statham, has scored the biggest franchise opening for the films, after amassing US$384 million around the world.
Walker died in a car crash in November 2013, during a break while making the action movie, and the actor’s brothers Caleb and Cody stepped in to help complete some scenes.
The latest instalment of the car-loving franchise, which also stars Michelle Rodriguez, Chris “Ludacris” Bridges and Tyrese Gibson, took 143.6 million US dollars (£96 million) in the United States and Canada, and £15.6 million in the UK on its opening weekend, which includes Easter Monday.
It is the fourth highest opening of all time globally, beaten only by two Harry Potter films and Avengers Assemble, and is the second biggest opening for Universal in the UK in 2015, behind Fifty Shades Of Grey.
Fast And Furious 7, featuring a tribute to Walker, has already surpassed the lifetime runs of previous films in the series, including The Fast And The Furious, 2 Fast 2 Furious, The Fast And The Furious: Tokyo Drift and Fast And Furious – and is sure to beat Fast And Furious 6’s UK record of £25.3 million.
Phil Contrino, vice president and chief analyst at BoxOffice.com, said: “This is a bittersweet instalment in the franchise.
“Walker’s passing made this movie more intriguing for people who hadn’t seen some of the instalments. It raised awareness and its success is a tribute to him.”Advertisement