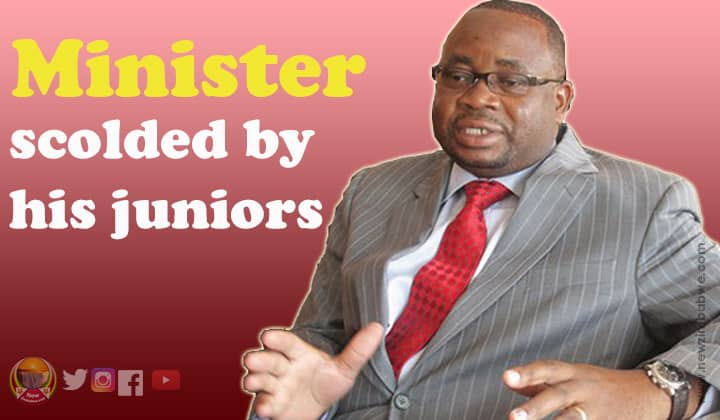 PRIMARY and Secondary Education Minister Paul Mavima was Wednesday jeered at by hundreds of “salary hungry” primary school heads who were irked by the government official’s promises of more schools when while saying nothing meaningful about their poor working conditions.

Mavima was delivering his keynote address at the ongoing National Association of Primary School Heads (Naph) conference in Victoria Falls. The conference ends this Friday.

The minister was at pains to control more than 1 000 school heads who openly disregarded his speech when he mentioned that plans were underway to construct 100 schools per year countrywide, with the construction of 17 having already started.

This was after the heads had expressed concern over disparities in salaries, teacher-pupil ratio and challenges associated with examinations, among other working conditions.

Instead of responding directly to the questions, Mavima told heads that government would soon start rewarding champion schools that perform better than the rest.

“We are targeting to build 100 schools every year countrywide and right now we are constructing 17 which will be taking 10 000 kids in January. They are coming fully furnished with running water, electricity and internet connectivity,” said the minister.

He said $20 million had been raised through the Universal Services Fund.

After the school heads evidently showed signs of disbelief, Mavima started accusing them of being cynical.

“I have come to terms with that you are cynical but cynicism isn’t bad. It makes the one speaking more aggressive.

“We need a mindset change. As long as there is nay-saying and heads denying that 17 schools are coming, we don’t go anywhere. I’m giving you sites to go and check but when the educators of the nation are cynical and saying it’s impossible, then the whole nation will be impossible,” said the minister.

Mavima randomly ran down some of the districts where the 17 schools were being built in Binga, Gokwe North, Nkayi, Plumtree and Mberengwa.

The heads jeered more when the minister said measures were being taken to curb examination leakages similar to the English paper incident last year.

“That’s for Nash, we are Naph; we haven’t had any exam paper leakage,” the heads chorused their disapproval.

“All we are asking for is better salary and better conditions.”

The interjections forced the minister to pause his address for a significant moment.

It took the director of ceremonies to constantly control the audience so the minister could continue with his speech, which he eventually finished after 5pm, having started at 3pm.

The school heads complained about the teacher-pupil ratio which they said was too high especially in Early Childhood Development classes, low salaries and poor conditions of service.