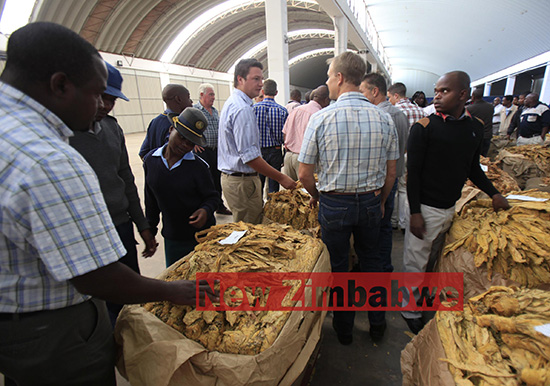 THE government directive ordering tobacco producers to be paid through banks is not in the farmers’ interests, the opposition People’s Democratic Party (PDP) has said.
Government recently ordered tobacco auction floors to do away with spot payments and urged farmers to open bank accounts.
However, the development comes at a time banks are struggling with a cash crisis which has seen depositors struggling to access their funds.
PDP Secretary for Finance and Economic Affairs, Vince Musewe, said there was an “ulterior motive” behind the government directive.
“Most individuals and companies are failing to get access to their funds from the banks as there is limited cash,” Musewe said in a statement Tuesday.
“It is foreseeable that thousands of farmers are going to be disadvantaged as they will fail to access their money.
“The government’s coercion will only open floodgates to unscrupulous middlemen (Makoronyera) most of whom are connected to senior Zanu PF officials to fleece the desperate farmers into selling their tobacco for hard cash to them below market prices. “
The PDP official blamed government for the cash crisis.
“The cash crisis is because there is no production and real active in the economy,” he said.
“Real production is in sector such as agriculture, mining, production, ICT.  In Zimbabwe these sectors have collapsed.
“Without wealth creation, the liquidity crunch is evident.  Zimbabwe is also lacks capital in the form of Foreign Direct Investment (FDI) and basic saving.”

Musewe added that the current cash crunch had been worsened by finance minister, Patrick Chinamasa who is “raiding the Real Time Gross Settlement Systems (RTGS) balances at the Reserve Bank of Zimbabwe (RBZ)”.
“Since the end of the government of national unity (GNU), this terrible government has made it a habit of looting bank balances held at the RBZ in order to finance government recurrent expenditure such as wages and salaries,” he explained.
“Chinamasa’s nefarious activities at the RBZ are creating a huge gap in the RTGS balances and it is only just a question of time before the chickens come home to roost and we have the mother of all bank runs on the market.”Advertisement