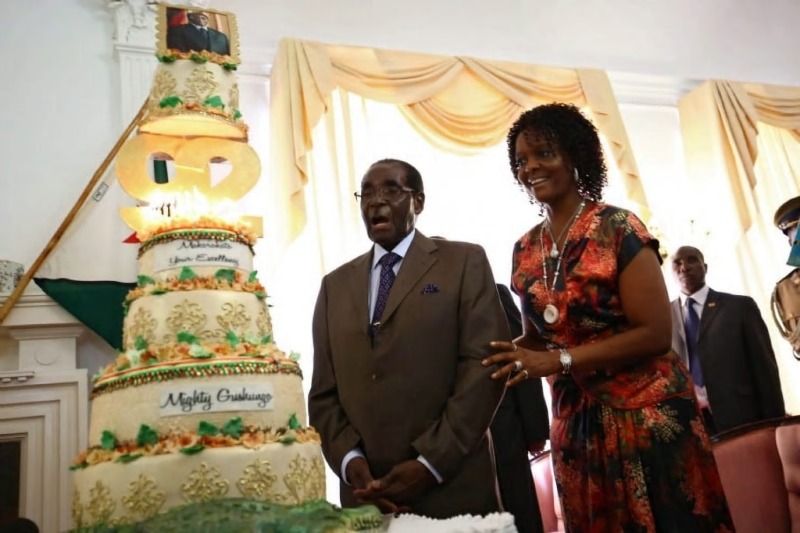 Mutare: Some pensioners here say former President Robert Mugabe should return their pension contributions which were often allegedly deducted from their funds to bankroll the ex-leader’s extravagant birthday bashes.

Locals said at an education and awareness outreach meeting in the eastern border city that they were robbed of their monies during Mugabe’s fierce rule.

They took it with the Insurance and Pensions Commission (IPEC) insisting the organisation should facilitate the return of the funds.

“As IPEC, I would like to know what are you going to do with Pension Funds such as National Railways of Zimbabwe (NRZ) which used to deduct US$20 from pay-outs to fund President Mugabe`s birthday,” said Adeline Gaya, who said she was custodian of her now retired father`s accounts.

“Every February towards President Mugabe`s birthday, US$20 was deducted from my father`s pension pay-out.

“When I enquired, I was told that it was going towards the 21st February Movement.”

During his reign, Mugabe used to throw a lavish birthday bash which used to cost over a million dollars every year.

Organised under the auspices of the 21st February Movement, the bashes used to see government resources commandeered towards the lavish one day event with claims that some civil servants were also forced quite often to make contributions towards the party.

Mugabe was overthrown in a military coup and immediately replaced with his deputy, Emmerson Mnangagwa November 2017.

Pensioners at the Mutare event which was convened by the Consumer Council of Zimbabwe (CCZ) demanded IPEC to institute an investigation into the matter and ensure that those who were prejudiced of their monies were compensated.

“We lost our money,” said one pensioner who declined to be named.

“Remember, that was the US$ dollar era and we were funding his (Mugabe) birthday.

“Our money is very little but someone had the guts to deduct to fund his luxuries. It’s a shame and very painful.”

Benson Bwawo, another former worker who resides in Mutare’s high density Sakubva suburb, also claimed his money was deducted from his National Social Security Authority (NSSA) pay-out without his consent.

“Every year, around February, a US$20 was deducted from my pay-out to fund Mugabe’s birthday and we feel it was illegal and the money should be reimbursed,” said Bwawo.

IPEC Principal Analyst Salatiel Manyika said at law, it was illegal for any Pension Fund to deduct or divert any money for any activity without the consent of the pensioner.

He urged the pensioners to lodge a formal complaint with the Commission so that their matter could be investigated.

“At law, it is illegal for any Pension Fund to divert or deduct the pay-out without the consent of the pensioner. You can formally lodge the complaint so that the matter can be formally investigated,” said Manyika.