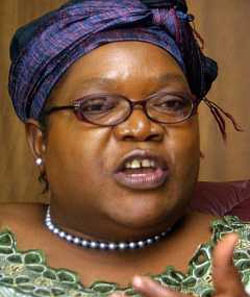 SAD as it may sound to those of us who invested their youth towards democratic change in Zimbabwe, the reality is that all human and natural permutations are consistent with the imminent decline of the Movement for Democratic Change (MDC) owing to the excitement around the emergence of People First (PF). It is not hidden knowledge that all things, at some point, come to an end.
Of course, it is too simplistic to say that a political party faces extinction simply because of the emergence of another political party. However, in the case of the MDC this view is not that entirely simplistic. It is supported by concrete events in the lifespan of the movement itself. In fact, no one tells a better story of the decline of the MDC than the MDC itself.
The MDC was formed in 1999 and rose to prominence on the backdrop of the economic decline registered around early 2000. So charismatic and powerful was the MDC around 2000 and 2002 that it enjoyed tremendous support from the people; support enough for it to wrestle power from Zanu PF. But it didn’t. The support enjoyed by the MDC would drop in the 2005 election due to, mainly, poor leadership and lack of strategy which saw power struggles and infighting ahead of national elections.
With the economic and political situation worsening towards the 2008 elections, the MDC rebound was inevitable. The party regained its political base and almost capitalised on the ruling party’s apparent inefficiencies in dealing with the dire economic challenges that saw hyperinflation precipitated by a worthless currency and empty shelves. The MDC won the 2008 election but did not win power.
Perhaps, the MDC’s participation in the government of national unity saved the country from total collapse and helped restore political and economic stability but instead of propelling the MDC further and presenting it as the better alternative, remarkably, all that good work backfired. Not for any other reason except that whilst the MDC was astute on its economic agenda it was naïve in its political strategy.
The 2013 election represented the last genuine hope for the MDC to wrestle power from Zanu PF outside any miraculous intervention from supernatural forces. It is not complicated to see how the MDC lost in 2013. Arithmetically, if you don’t win an election in 2008 as the opposition, you cannot win it in 2013.Advertisement

The reason why PF will sweep the MDC’s political base is because for all those people that genuinely long for change, the less delusional know that the MDC can only now realistically lose more ground than it can gain. The MDC cannot register a new high beyond 2008. It had its fair chance and that opportunity was missed because of poor leadership and strategy.
That is not to say the MDC will suddenly disappear; surely not. It will maintain a good but inadequate following simply because for those that have sacrificed their time and lives for the party, they would rather believe that a miracle will raise their party from the dead than imagine the reality that the sun will soon set on it. But for the rest, including those that have left the main MDC to join or form other political parties, the courage to accept this and refocus the struggle is a clear sign of faith drain.
The major reason why there is so much excitement about PF than with the emergence of any other political party during the life of the MDC is that for the first time people have come to a true and reasonable understanding that the MDC will never get a better chance than it has lost so far. People are not prepared to continue to support a party that has no hope of winning and taking power and the MDC now clearly seems to be that party.
Worse still, besides tame and meaningless rallies to keep supporters on their toes until 2018, the MDC has not done anything new to show that things will change. There is no new hope that the party will effectively win elections and govern. Those of us left in the MDC represent a common sentiment in the party of remaining happily hopeful in a hopeless situation. It is hard to leave your political home because, as natural as human beings come, we are not comfortable with change, especially having known only one political home since childhood.
The only source of hope left for those diehard MDC members is the probability that the party will form a winning coalition with other political parties. Without such a coalition, the MDC will be, at most, the third biggest party behind Zanu PF and the PF. People First will sweep the MDC’s political base not because people don’t like the MDC anymore but simply because people want change and no matter how much they love the party, it is slowly dawning on them that the MDC is not getting younger and will not enjoy its youthful days anymore. This is the painful reality they face and have to accept.
This situation is purely natural. Even sports-persons, musicians and other actors that depend on popular support know very well that every person has a peak in their career from which if they don’t maximise will never rise again. New players will come on the scene and capitalise on your weakness and overtake you. That is the sad situation with the MDC.
Since 2013, the MDC leadership has not attempted to do anything that can create any sense of hope that, this time; there will be a new plan, a new strategy and victory. To the contrary, the party has not only resisted renewal but even went further to entrench the deadly dead status quo.
The MDC does not seem to be able to capitalise on anything at the moment, be it the economic decline, Zanu PF infighting or simple things like civil servants’ bonuses. In fact, the government is so relaxed and experimenting with lives since 2013 to the extent that, heartbreakingly, people would have been better off if the MDC did not exist because, then, they would learn to lead themselves into action.
The MDC is now the one that is holding the people’s struggle at ransom. It has to be said, the MDC support base has done all it can and given the party everything it can but the party is a bottomless pit, mainly because, in truth, the party also has, perhaps, its worst top leadership since its inception. How the MDC has become so, lame, clueless and largely painful to support and follow like the football club I support, one can only wonder.
Under these circumstances, only a miracle can save the MDC from being overtaken by the demands of its political support base. People First is propelled by a presumed belief that it can take on Zanu PF and wrestle political power; something which the MDC has proved beyond doubt that, alone, it is incapable of doing in its current state. Of course for a population that longs for change, this is not necessarily a bad thing. Perhaps this will cause the MDC to wake up from its slumber.
That is not to say PF will find it easy against Zanu PF. The truth is Zanu PF is very brilliant when it comes to power retention. Although in part contributed by the inept opposition, Zanu PF has defied everything that makes sense to retain political power in impossible situations. How Zanu PF manoeuvred and survived the past decade will be a source of many scary folktales that generations will never believe just like the day to day Zim economics of the mid-2000s.
Of course all hope is not yet completely lost, but if the MDC wants to genuinely remain relevant and compete with the emerging PF without simply depending on courting it into coalition, the party has to do a thorough self-introspection and renew itself. It must regain its lost vibrancy and find new strategies. Yes, that might demand leadership change.
Dr Tapiwa Shumba is a former spokesperson of the MDC in South Africa writing the painful truth about the party in his personal capacity. He accepts alternative views and is ever willing to engage.