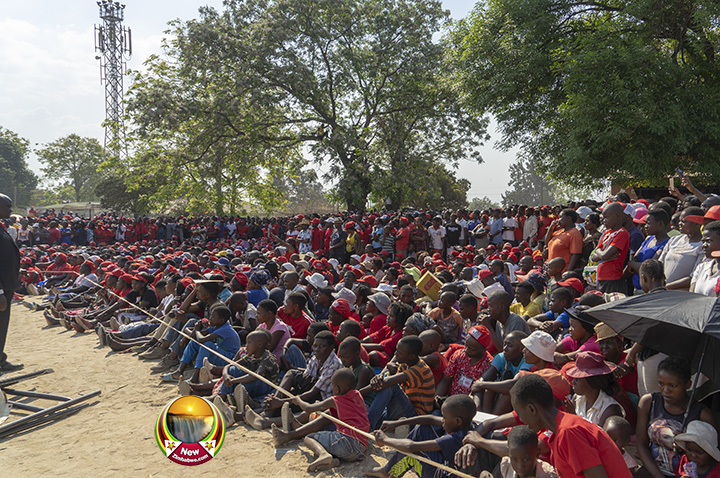 THE MDC Alliance is planning to inaugurate leader Nelson Chamisa as the “people’s president” at the opposition movement’s 19th anniversary celebrations next weekend as the row over the disputed elections continues.

Chamisa confirmed the development when addressing thousands of supporters at Huruyadzo Shopping Centre in St Mary’s Chitungwiza on Saturday.

Thanking Zimbabweans for backing him in July 30 ballot, Chamisa was adamant that the dispute was far from over despite the Constitutional Court dismissing his challenge against President Emmerson Mnangagwa’s victory.

“This issue will not just disappear,” he vowed.

Chamisa insists that he won the presidential election only for the Zimbabwe Electoral Commission (ZEC) to manipulate the outcome ion favour of Mnangagwa.

He revealed that the Alliance leadership was considering his inauguration as the “People’s President” at the opposition movement’s 19th anniversary celebrations next Saturday at Gwanzura Stadium in Highfields.

“Next week, the MDC family will celebrate its 19th Anniversary. As a party, we sat down and discussed the issue on election theft. We want to conclude this matter,” he said.

“The leadership is saying that the person who was voted for by the people should be inaugurated by the people.

Chamisa said he was open to dialogue with the Mnangagwa administration but insisted that the talks must first focus on acknowledgement of his victory in the elections.

He rejected outright the reports of a possible deal with the government that would likely see him become leader of the opposition in parliament.

“I do not care about positions,” he said.

“I do not need a bone. I was not born a minister or parliamentarian. I was born to be a leader of this country and the people of Zimbabwe gave me a mandate to lead them.”

He added; “We must agree on the dispute of legitimacy. If we continue to disagree, this issue will not just disappear.”