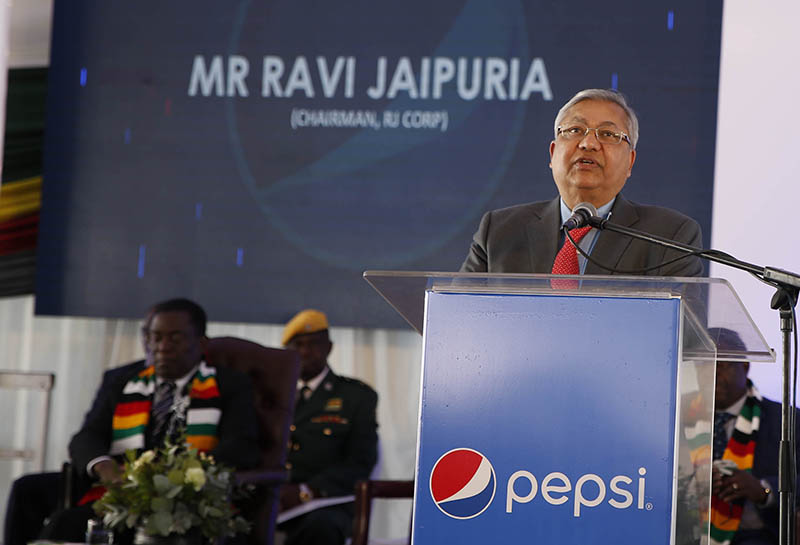 Currently, Pepsi, Miranda and Mountain Dew soft drinks produced by Varun are the most trending and cheaper soft drinks on the market.

Speaking at the official launch of Pepsi plant in Harare on Friday, Chairman for Varun Beverages, Ravi Jaipuria said they have employed 22 000 families.

“Varun beverages has direct employment of approximately 1000 people,” he said.

“There are 1500 women empowered financially by allocating them vending trolleys.

“There are 20 000 retailers and vendors who get Pepsi products across Zimbabwe. The happy 22 000 families benefited directly and indirectly from Varun beverages.”

He added; “With the future revenue and profits generated from the sale of carbonated drinks, we are already looking at avenues of reinvestment like cordial, juices, dairy, education, health care and hospitality, hence further supporting the Zimbabwean community.

“With this new expansion, we will increase our export of beverages and preforms to Zambia, Botswana, Malawi and other neighbouring countries, which will bring in sizeable foreign exchange into Zimbabwe.

“Today we have the production capability of producing almost 1.5 million bottles and cans per day. This is almost equal to 10% of Zimbabwean population.”