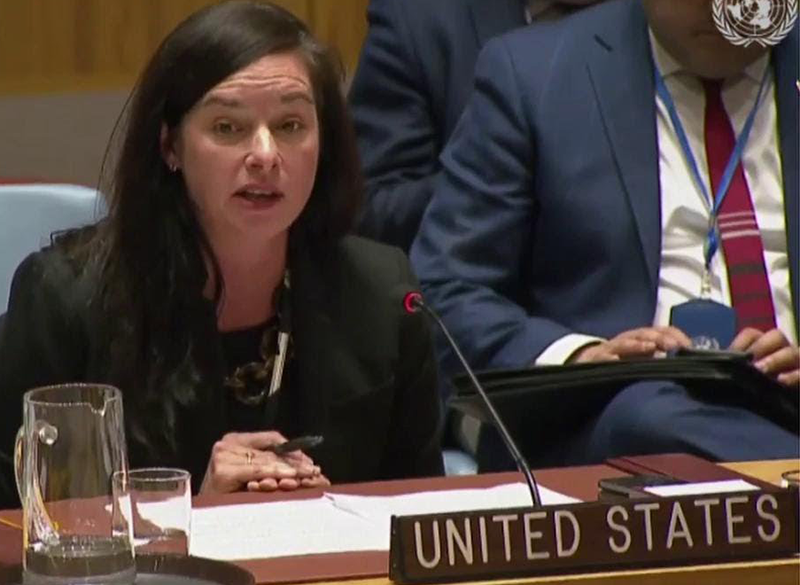 The United States has said Zimbabwe’s economic turmoil has been caused by years of corruption, poor polices and mismanagement, not sanctions, in a serious rebuke to President Emmerson Mnangagwa’s administration.

The US embassy in Harare made the statement on Tuesday as Zimbabwe observed its annual ‘Anti-Sanctions Day’, which it uses to lobby for the removal of a two-decade old embargo imposed by western countries as punishment for alleged human rights violations and electoral fraud.

Harare blames the long running economic problems facing the country on the sanctions.

“The direct impact of sanctions on the average Zimbabwean is minimal compared to the economic devastation caused by years of corruption, poor policy choices and economic mismanagement,” the US embassy said on Twitter.

“The US government has imposed sanctions on 73 individuals and 37 entities – 110 – out of nearly 16 million Zimbabweans.All have either undermined democracy, violated human rights or facilitated corruption.

“We acknowledge over compliance by financial institutions and that Zimbabwe’s diminished reputational risk is a concern.”

The United Kingdom also made similar claims in a statement issued to coincide with the ‘Anti-Sanctions Day.’

President Mnangagwa’s government organised marches across the country to protest against the sanctions, which it says are illegal.

An all-night musical gala was also scheduled for Tuesday.

The Southern African Development Community (SADC) in 2019 set aside October 25 as the ‘Ant-Sanctions Day’ to lobby for the removal of the embargo.

“To be absolutely clear, the UK has targeted sanctions on five Zimbabwean officials and one entity for human rights violations and serious corruption,” the British embassy said in Harare.

“These measures do not affect trade or economic development. Trade between UK and Zimbabwe was $175 million last year. We are working hard to increase this.”

It added, “The UK also provides considerable development assistance to education and health care in Zimbabwe (pegged at) $114 million this year.

“’This is assistance in support of Zimbabwe’s own National Development Strategy. We want to see Zimbabwe succeed.

“Anything to suggest the UK wants to harm Zimbabwe or ordinary Zimbabweans is false, the UK said”

Last week, the US said Zimbabwe appeared unwilling to institute reforms that will lead to the removal of the sanctions.

Besides the US and UK, the European Union, Australia, Canada and New Zealand have their own set of sanctions against Zimbabwe.