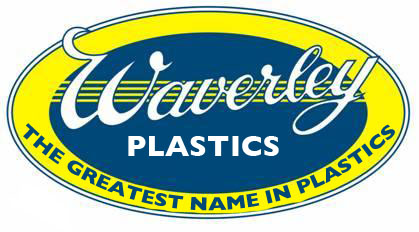 THE trial in which Amanda Berkowitz, daughter of the late business mogul and Waverley Empire’s founder, Victor Cohen commenced at the Harare Magistrates’ Courts Wednesday with her denying the allegations of perjury.

Berkowitz landed in the dock on allegations of making a false declaration in a case which is pending before the High Court.

The complainant in this case is her nephew, Aron Vico, who is the managing director of Waverley Blankets, a subsidiary of Waverley Empire.

The two have been embroiled in a bitter fight over the late Cohen’s empire for years.

Berkowitz argues that her nephew is trying by all means to elbow, her and another sister Belinda Halfon, out of their father’s inheritance.

In her defence, Berkowitz said she did nothing unlawful as alleged by her nephew.

She contends that Vico raised a case against her in a bid to silence her over Cohen’s companies.

“There was nothing unlawful about the accused’s statement that she subscribed to the shares in the registered entity known as Waverley Plastics (Pvt) Ltd,” said her lawyer Diana Kawanda.

Added Kawanda; “The accused person rightly made that statement in respect of her knowledge over what she experienced. The statement was not false at law, as it is statement that has its own legal meaning and effect in terms of elementary company law, wherein no person would challenge the meaning of the same in the given circumstances.

“The accused will also show that the meaning of subscribed at company law does not only denote the appending of signatures as narrowly defined by state witness Aron Vico but is widely interpreted as per company law.”

In his testimony Vico maintained that Berkowitz made false statements under oath.

He said he is still employed by the company also adding there had been no disciplinary hearing against him.

Vico said on July 2 2020 at the High Court during the course of or for a judicial proceeding, the accused person through a statement made upon oath gave a false declaration and deposed it during proceedings under case number HC 5040/19.

“After the death of my grandfather there have been some disputes which have spilled into the courts. In one of the case involving Waverley Plastics, I said in my affidavit, that, aunt did not subscribe to memorandum of association of the company and in fact the signatures were forged. My aunt in her responding affidavit said she in fact did subscribe,” he said.

He said he engaged an examiner who confirmed that the signatures were forged.

“I had a forensic report when I noticed that the signatures were forged. In fact, none of the people in there have subscribed,” said Vico.

Berkowitz is alleged to have wrote in the contested document; “I deny this and refer to the subscription page of the Memorandum of Association of the Company attached in the main founding affidavit. I subscribed to the shares in the company and the suggestion that I and the other subscribers did not is nonsensical.”

However, Vico insists she did not subscribe and when the document was signed, she was not in the country.

He, however, failed provide evidence she was indeed not in the country.