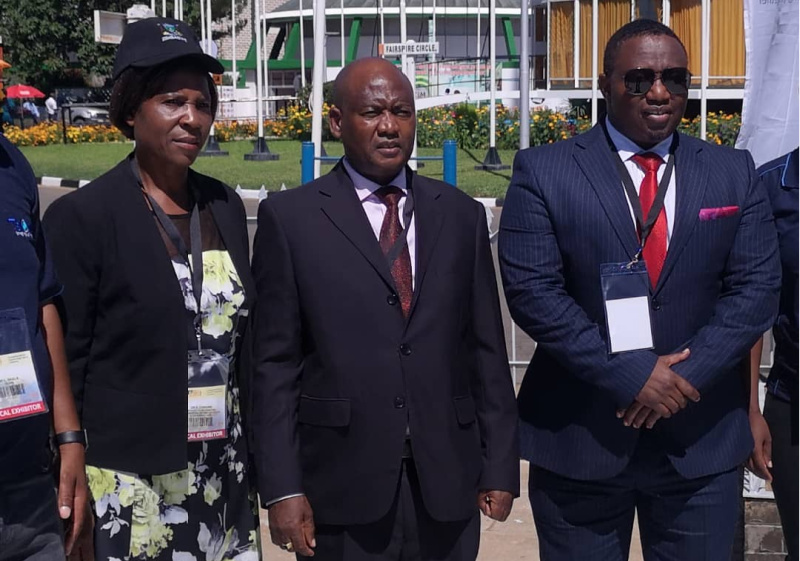 ICT permanent secretary Sam Kundishora has written to President Emmerson Mnangagwa and the Zimbabwe Anti-Corruption Commission claiming his ministry was never informed of Douglas Mamvura’s appointment into the state-run telecoms firm’s board.

However, It boggles the mind why the PS did not undertake his fudiciary duty to inform the board members after appointing Mamvura as a board member.

He was however not invited to subsequent board meetings by the ministry. despite the board, through the company secretary Tinashe Severa having been advised about his appointment.

To add to his humiliation, Mamvura was at one point ejected from a NetOne Board meeting by ministry officials under unclear circumstances.

This was the only time he attended one such board meeting, according to sources close to the matter.

The Harare businessman later took steps to regularise his membership through a formal notification to company secretary February this year.

In another twist to the matter, current board members Susan Mutangadura and Ranga Mavhunga were arrested for perjury after claiming Mamvura was not a member of the NetOnce board.

Meanwhile, Kundishora has added another episode to the saga through writing to the Zimbabwe Anti-Corruption Commission, Home Affairs ministry, police commissioner and President’s Office claiming his ministry was never informed about Mamvura’s appointment.

“The ministry did not advise NetOne on the appointment of Mr Douglas Mamvura and as far as the ministry is concerned, Dr Mamvura never attended any meetings of the Netone board and never at any stage participated at Netone as a board member,” reads Kundishora’s letter in part.

However, commenting on the latest development, one ICT specialist (read full article below) who has been observing the NetOne saga unfold, slammed Kundishora for alleged incompetence and showing he was the hidden hand behind the drawn-out debacle.

“This is a classic case of gross incompetence, unless ofcourse we must be told if his motive on why he did not announce of such appointment as he was expected to do so,” said the player who declined to be named for professional reasons.

The permanent secretary in the ministry of ICT Postal and courier services has finally come out of his hiding, claiming his stake in the NetOne warfare.

In his shocking letter that he wrote to Zimbabwe Anti-Corruption Commission, ministry of Home affairs, police commissioner and President’s Office, Kundishora classically implicates himself in a desperate attempt to exonerate current board members Susan Mutangadura and Ranga Mavhunga.

These two are currently facing arrest while the later has already appeared before court for offences of perjury, when they wilfully misrepresented facts.

In his rather self-implicating letter, Kundishora wrote; “The ministry did not advise NetOne on the appointment of Mr Douglas Mamvura and as far as the ministry is concerned Dr Mamvura never attended any meetings of the Netone board and never at any stage participated at Netone as a board member.”

While the permanent secretary clearly takes the responsibility of informing NetOne Board members, he entangles self in the mess by selectively forgetting to mention why he found it fit for him not to inform the same board.

Ironically, it is the permanent secretary who initiated the same process that appointed Dr Mamvura before asking the line ministry to approve of the same for presidential assent.

Engineer Kundishora does not deny the fact that the letter was legitimate, that formally appointed Dr Mamvura as Netone Board. Neither does the permanent shed light into who informed Dr Mamvura of the same appointment.

If the ministry clearly advised Dr Mamvura of the appointment as stated in this indisputable letter, the permanent secretary must be brought to account and explain why he deliberately chose not to inform NetOne Board of his appointment as he clearly admits.

This is a classic case of gross incompetence, unless ofcourse we must be told if his motive on why he did not announce of such appointment as he was expected to do so.

His letter, copied to various law and security Arms raises, eyebrows and must be treated with possible criminal and conflation motives, not fit for an Honorable permanent secretary.

Engineer Kundishora unashamedly invited himself to the NetOne Board squabbles stating that they must not face perjury charges since they were ignorant of the appointment, a blatant lie he supports with a written document as evidenced by correspondence done by him on behalf of the ministry and Dr Mamvura.

Sources close to the development stated that Dr Mamvura was once whisked away from a NetOne Board meeting by ministry officials under unclear circumstances, the only time he attended a board meeting.

For Kundishora to then inform the nation that the board was not aware of the appointment is not only an error of omission, but commission.

The conflicting narrative by engineer Kundishora was deliberately made to fool law enforcement and the judiciary to rule in favour of the arrested board member and desperately tries to exonerate Mutangadura who is already on police wanted list under the same charges.

Mutangadura is reportedly on the run as police assistant commissioner Paul Nyathi indicated that they have invited her to the police station but has not yet turned up after a week.

While many people may have believed that NetOne boardroom squabbles were purely technical, the new narrative by the permanent secretary brings us back to the origins of the Netone troubles which saw 4 board members resign due to unprofessional conduct.

The board members who resigned are men and women of high integrity who are already successfully running other huge enterprises, while the permanent secretary decided to take sides with remaining unemployed board members.

It brings to question, why only these other board members called it quits as they were pressed to do so, while the remaining ones comfortably continued with duty.

The only board member at Netone who is fully employed is Dr Rangarirai Mavhunga, a successful entrepreneur running FMC, while the other remaining board members are men and women of no fixed aboard.

Such a scenario makes them susceptible to possible corruption and desperation which the appointing authority must look into as they execute their duties.