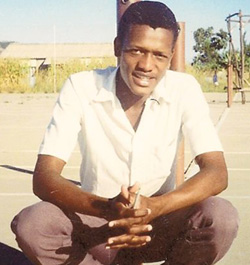 LAST week the Southern Eye and Bulawayo24.com carried a story headlined “Zimbabwean Journalists banned from working in Lesotho”.
The crux of the story was that I, Shakeman Mugari, and Abel Chapatarongo and Caswell Tlali have been “banned” from working in Lesotho.
A court had ruled that we should not work in Lesotho because we intended to “compete unfairly and unlawfully” against Basildon Peta’s newspaper, the Lesotho Times.
Our ‘crime’ is that we “connived and plotted” to start our own newspaper while employed by the Lesotho Times, a paper for which we toiled from its inception in 2008. To the judge that was reason enough to interdict us from earning a living as journalists in Lesotho.
I have no qualms with the Southern Eye, Bulawayo24 or any other newspaper for carrying the story. After all, they are only picking a terribly written story that had already been carried in Lesotho.
The story was published by the Lesotho Times, the very paper with which we have been having a court battle since September when we left as editors.
Peta wrote the story himself and quoted himself extensively as he tried to take a higher moral ground which he didn’t have and will never have.
It is clear from the story that Peta is now using his newspaper to fight his vindictive battles against us. This can be easily deciphered from the blatantly biased nature of the story. It is a fantastic piece of gutter journalism, a brilliant case study on how not to write a court story.
It was a hatchet job that I think Peta himself will be embarrassed about when he eventually comes back to his senses. And for sure reality will soon drag him back to his senses.
By not including our side in his story Peta flouted basic rules of journalism of balance and fairness.
He ‘forgot’ that just because a story is based on court papers doesn’t mean a reporter should not get both sides of the story.
It is a well-established rule of journalism that when you report a court case you must give fair coverage to all parties involved.
Yet I am not shocked that Peta can butcher basic journalism ethics with such impunity. He has always had a penchant for treating journalism ethics like some petty nuisances not to be allowed to get in the way of a story. Many will recall Peta as the journalist who fled Zimbabwe in the early 2000’s after he wrote two completely different stories on the same event in two newspapers. One of those versions turned out to be a fabrication that put even the most gifted spin doctors to shame.Advertisement