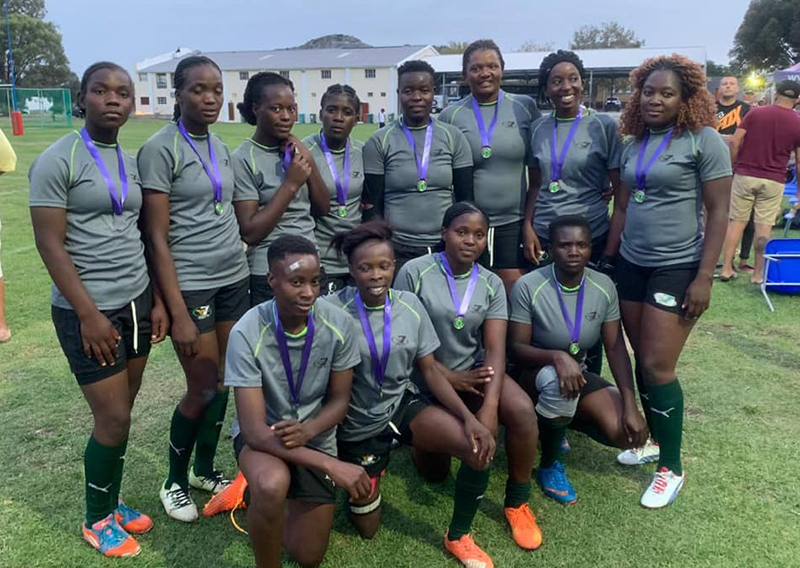 The Lady Cheetahs reached the final of the tournament, where they eventually lost 38-0 to a very strong South Africa national team to settle for silver in the inaugural edition of tournament.

Coached by Abigail Kawonza, the Lady Cheetahs had won all their three pool matches against Dolphins Rugby Club (12), University of Western Cape (38-0) and Titans (40-0).

Although they went on to come short in the final, their potential caught the eye of the former Springboks coach, De Villiers, who believes if the team is given the necessary resources it can be a force to reckon on the continent.

“I would like the world to pay attention to lady’s rugby in Zimbabwe these ladies have heart. They deserve more games and if you have a tough tournament and need a fighting side invite them,” de Villiers said.

“Yesterday they showed class and finished second against a much more experienced and resourced side. Women’s sevens is the fastest growing sport in Africa and these ladies make me agree with that.

“They have my blessing let’s get the corporate world to invest in their future because it’s bright.”

Led by Precious Marange, the team was using the Hermanus tournament to fine tune for the Harare International Sevens next month where the Lady Cheetahs will field two teams.

Zimbabwe’s women’s Sevens rugby team will have a busy season this year as they are also scheduled to participate in the Africa Cup Sevens which qualifier for the Tokyo 2020 Olympic Games.