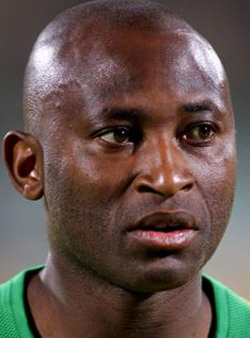 PETER Ndlovu has rejoined Mamelodi Sundowns, the team that brought him back from Europe, as a development coach.
According to the club’s website, Ndlovu is already in Ghana with Mamelodi Sundowns who are in their pre-season training and are scheduled to play a friendly match against Asante Kotoko.
The former Zimbabwe captain was conspicuous by his absence from the team that travelled to Zambia for the Cosafa Senior Challenge tournament.
Ndlovu, who is also the Under-23 coach, was due to travel to Zambia for the regional tournament as one of the assistant coaches to Klaus Dieter Pagels.
It has emerged that he did not travel to Zambia as he had already been engaged by Sundowns.
But Zifa chief executive Jonathan Mashingaidze said on Wednesday Ndlovu had not communicated to them about his new job with the South African club.
Ndlovu, whose career began at Highlanders played for Coventry City in the English Premier League in the early 90s before stints with Birmingham City, Huddersfield and Sheffield United. Sundowns signed him from Sheffield United before a switch to Thanda Zulu Rovers where he finally retired.Advertisement