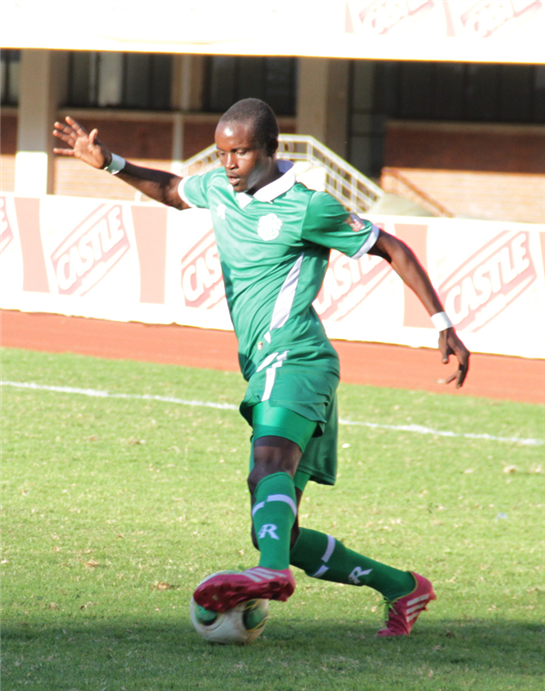 CAPS United defender Ronald Pfumbidzai has signed a one-year contract with Danish top-flight club Hobro IK.
Pfumbidzai’s manager Andrew Rusike said they negotiated for a short contract because of the realisation the player had great potential.
“He (Ronald) has signed a one year contract,” said Rusike.
“We didn’t want him to sign a longer contract because we know Ronald has great potential. He might not even be there for the whole season. He should be leaving at the end of June.
“He is due to start pre-season preparations on 1 July. We are happy for him; going straight to Europe from here is really special. He is a player with great potential. Even if he comes back to South Africa, he has been exposed.”
Pfumbidzai was part of the Young Warriors squad that drew 2-2 against Swaziland a week ago to advance to the third and final qualifying round of the Under-23 African Championships.
He scored an equaliser from the penalty spot which ensured the Young Warriors advanced to the third round on away goals rule.
The Caps United left-back was also part of the squad that drew 1-1 against Cameroon in Yaounde to seal a ticket to the All-Africa Games to be staged in Congo Brazzaville in September.
Pfumbidzai joins fellow countryman Quincy Antipas who is already on the books of Hobro IK having also played for SønderjyskE and Brondby in that country.
Another Zimbabwean, former Harare City forward Silas Songani, also plays his club football in Denmark turning out for SønderjyskE. Songani has been there since January 2014.
Pfumbidzai’s club finished the season on seventh position on the league table with 43 points with Midtjylland winning the league with 68 points.
Hobro Ik started playing their first ever season in the Danish super league in 2014-15 season following their promotion.Advertisement