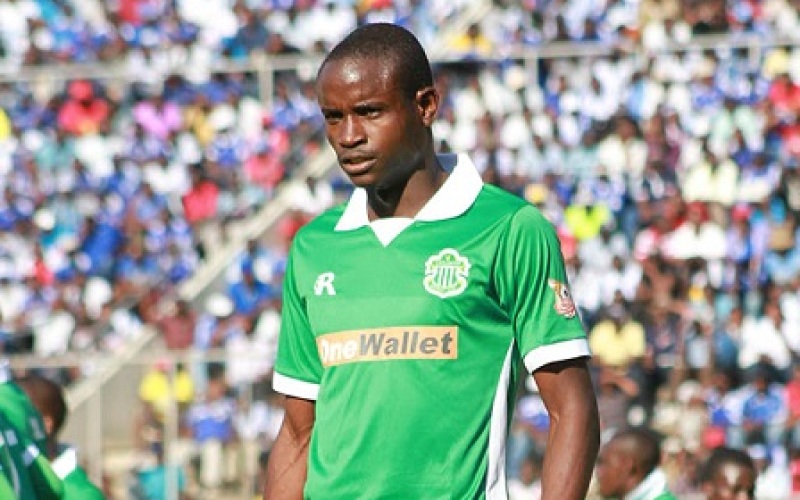 ZIMBABWE international left back Ronald Pfumbidzai has vowed to fight for a starting place in the country’s senior men’s football team.

Pfumbidzai had been overlooked by Warriors coach Sunday Chidzambwa while naming his provisional squad for the 2019 African Cup of Nations qualifier against Congo Brazzaville on Sunday.

The former Caps United left back, who now plays for South African premiership side Bloemfontein Celtic, only got a call up as an after-thought following the withdrawal of Costa Nhamoinesu due to injury.

There had also been a public outcry on social media as a lot of fans believed he deserved a place in the current squad.

But the attacking left footer has to fight it out with Divine Lunga for the left back position.

The Warriors coach might have to toss a coin between him and Lunga to come up with a team for the Sunday battle.

“To be frank, I see this as a great opportunity for me. I had been overlooked when the squad was named at first. Well that happens in football, I understand that as a footballer,” Pfumbidzai said.

“Now that I am here, I have to make the best of it. You never know, you might not get another chance again.

“I have grabbed the chance with both hands. So, I will try to work hard and earn a place in the team. If I get the chance to play on Sunday, I will be ready to perform to the best of my ability.”

Pfumbidzai has flourished at Bloemfontein Celtic since he left for South Africa for the 2017-18 season.

He played 30 games in his first season including league and cup competitions and scored two league goals with one assist.

However, he continued to endure the frustration of being left out of the team. He was also not considered even for the less glamorous regional COSAFA tournament.

The Warriors are expected to leave for Congo Brazzaville on Friday.

Zimbabwe currently top Group G with three points but on goal difference, following their 3-0 win over Liberia in their opening match of the campaign.

The group also consists of Democratic Republic of Congo who are second on the standings on goal difference after they managed a 3-1 win over Congo Brazzaville.

With the top two teams in the group making it to the January finals, a win for the Warriors will enhance their chances of dinning once again with the big boys of African football after they participated at the last edition of the biennial tournament in Gabon.