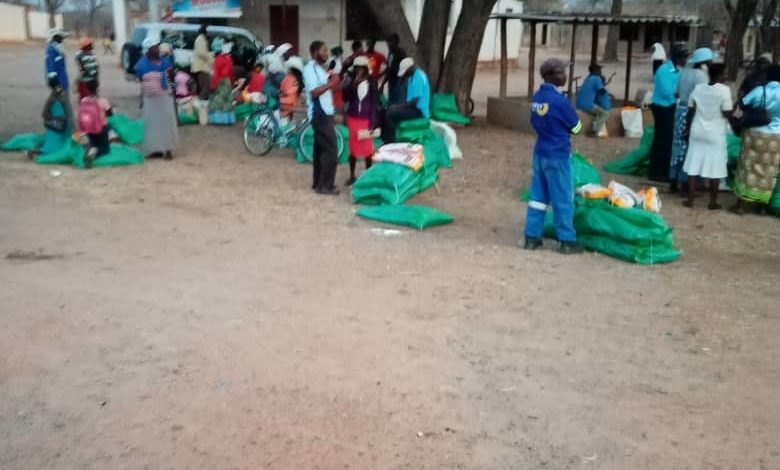 The Zanu PF officials disrupted the process as they argued the inputs are from the governing party before they took over and selected who to allocate the inputs to.

Zibagwe Rural District Council councillor, Willard Moyo told NewZimbabwe.com Tuesday, he was removed and told he was not allowed to distribute the Pfumvudza/Intwasa inputs.

“Some Zanu PF DCC members then took over the distribution of the inputs saying an MDC Alliance councillor cannot distribute because the programme belongs to Zanu PF,” he said.

Moyo accused fellow Zibagwe councillor, Clayto Chifana, as one of the Zanu PF officials who disrupted the distribution exercise.

“They did this even though there is a ministerial circular which brought in a councillor as the chairperson for the Pfumvudza/Intwasa distribution programme,” he said.

Efforts by NewZimbabwe.com to get a comment from Chifana were unsuccessful.

However, Moyo said known MDC Alliance members, present on the day, were saved last despite that the distribution process was a non-partisan programme.

“The MDC Alliance members received last after they had raised objections as Zanu PF members present were double-dipping. Other party members received only 10kg maize seed without fertilisers,” he said.

“The inputs are purchased using the taxpayer’s money. It’s not meant for Zanu PF only.”

The inaugural farming programme was launched last week in the city.

However, residents who spoke to Newzimbabwe.com claimed Zanu PF officials had compiled a list of the beneficiaries of the programme, but only ruling party supporters benefitted.

“I learnt through the residents’ Whatsapp group that Pfumvudza/Intwasa inputs were going to be distributed at the Northend shopping centre in Ward One,” one resident, who identified herself as MaNgwenya, said.

“When I went to the shopping centre the following day, a Zanu PF official (name supplied) asked me to produce a Zanu PF card for me to receive the inputs. Since I am not a Zanu PF member I had no choice but to leave the place empty-handed.”

Another resident said he also failed to access the inputs as he was not a Zanu PF supporter.

“When I went to distributing point, Zanu PF officials who were at the venue openly told me that the inputs were a donation from President Emmerson Mnangagwa to Zanu PF supporters,” he said.

“I tried to argue the input program is a government program, but the Zanu PF activists threatened me until I left the venue.

An MDC Alliance councillor, Joyce Ndlovu said she was not involved in the distribution of the inputs.

“You know as councillors, we are supposed to be involved in such government programmes, but I only learnt about the seed distribution programme in my ward from a resident. I was not invited and I do not even know the criteria which used to allocate the seed,” she said.

Another councillor also refuted claims the local leaders were involved in the distribution programme.

“In my ward, they just came in the morning with a list of their own beneficiaries and gave them the seed. When I tried to query the process, I was told the district coordinator’s office was identifying the beneficiaries.

“But the question is why is it that in rural areas, councillors play an active role in the distribution process yet in towns and cities, councillors are sidelined in the programme,” he said.