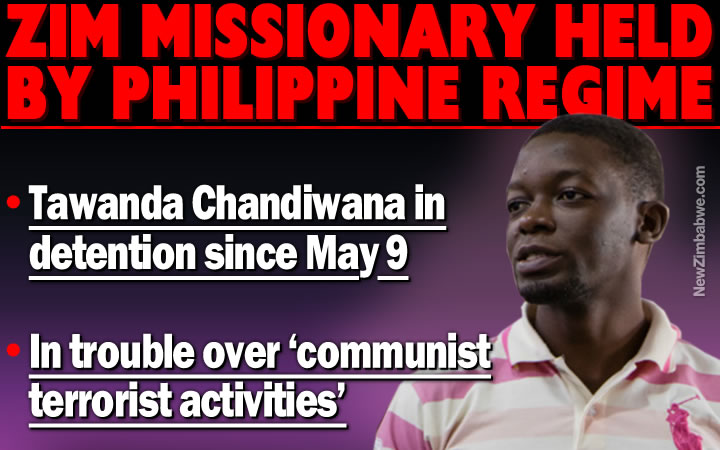 A GROUP of Philippine legislators intervened Monday in the case of a Zimbabwean missionary detained in the southeast Asian country over alleged involvement in “communist terrorist group-oriented activities”.

Tawanda Chandiwana was arrested on May 9 and is reportedly being held at an immigration facility in Taguig City, southeast of the capital Manila.

Authorities in Harare have not commented publicly on his plight.

Two colleagues – American Adam Thomas Shaw and Malawi national Miracle Oswan – are also being deprived of their privacy and blocked from leaving the country.

All three are international missionaries with the United Methodist Church.

Chandiwana and his colleagues travelled to Manila as part of an International Fact-Finding Mission to investigate the massacre of T’boli-Dulangan Manobo tribespeople, as well as displacement and other human rights violations in Lake Sebu in December 2017.

The local United Methodist Church said it believes the trio’s plight is related to their participation in the fact-finding mission. 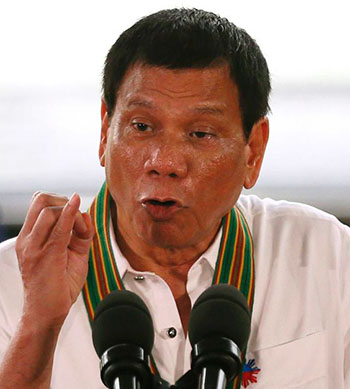 On Monday, legislators belonging to the progressive Makabayan bloc filed a resolution seeking an investigation into the Tawanda’s “illegal detention”.

“We call for an immediate investigation in aid of legislation on these accounts of harassment against foreign missionary workers who aims to help human rights organizations and to live in solidarity with the poor, the oppressed and the marginalized,” the bloc said in a statement.

“The violations against Chandiwana, Osman, and Shaw are the newest acts from the Duterte government’s crackdown on foreign missionaries helping human rights organizations.”

“The three missionaries (have been deprived) of liberty, movement, and right to return protected by the Universal Declaration of Human Rights and the International Covenant on Civil and Political Rights.”

However, the Philippine Bureau of Immigration denies Tawanda is being held illegally.

“[There is] no illegal arrest. All actions were conducted in compliance with regular immigration procedures,” said spokesperson Dana Krizia Sandoval.

She refused to give further details, telling local media that; “It is too early to give updates as the case is still with our legal division.”

Tawanda was charged with overstaying despite the fact that he was already in the process of applying for a tourist visa as his missionary visa was then nearing expiration when he was arrested.

The basis of arrest and the confiscation of the passports of the missionaries, according to the BI, is the National Intelligence Coordinating Agency (NICA) report listing 22 foreigners, including the three as involved in communist terrorist group-oriented activities.