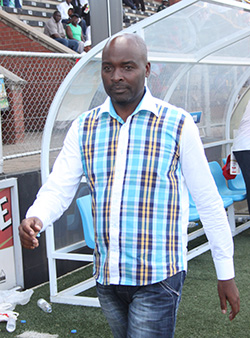 CAPS United owner Twine Phiri crushed Dynamos chairman Kenny Mubaiwa 12-3 to retain the Premier Soccer League chairmanship after elections contested in Harare on Sunday afternoon.
Peter Dube, the Highlanders chairman was elected vice chairman unopposed and gets another year long term at the helm of the top flight soccer league.
ZPC Kariba, promoted from the Northern Region, did not take part in the elections because they had not received their letter of confirmation, which is supposed to be done by Zifa.
Mubaiwa had come into the election bubbling with confidence and banking on the support of Harare City boss Leslie Gwindi.
But that backing appears to have spoiled the day for Mubaiwa as Gwindi has been on the forefront of criticising sponsors brought by Phiri.
There were also reports that three army sides Buffaloes, Black Rhinos and Chapungu had been ordered by the Zimbabwe Defence Forces to back Mubaiwa.
Mubaiwa’s daughter Mary is married to ZDF boss Constantine Chiwenga.
But that seemingly did not go according to plan and as results showed, Mubaiwa managed his own vote, Harare City and perhaps one from the army sides.
The other 12 other teams in the league gave a vote of confidence to Phiri and his secretariat, led by chief executive officer Kennedy Ndebele.
Speaking after the victory, Phiri thanked clubs for their continued support.
“I will give 150 percent effort in this term of office and I want to thank you for the confidence you have shown in us to take the game further forward,” Phiri said.
The clubs that voted are Dynamos, Highlanders, Caps United, FC Platinum, Harare City, Black Rhinos, Chapungu, Buffaloes, Chicken Inn, How Mine, Triangle, Shabanie Mine, Chiredzi, Hwange and Bantu Rovers.Advertisement