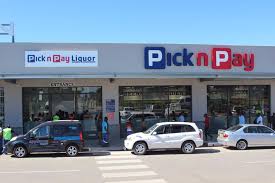 HEADS are set to roll at TM Pick n’ Pay Masvingo branch after a woman with albinism was denied shopping by staff when she declined to be sanitised at the entrance claiming her skin would react to the chemical the retail giant was using.

Agnes Gurunhe (35) of Mucheke A in the city then suggested her hands be sanitised using water and soap but the shop management could have none of it, proceeding to turn her away.

“I politely asked that I be given water and soap to wash my hands because my skin seriously reacts to sanitisers but the people manning the entrance said there was no water at the shop and they then denied me entry.

“I then requested to see the manager and they brought a man whom I assumed to be the manager. The man said it’s either I get my hands sanitised or I could not enter.

“After some talk, they then said I could list down the grocery items I wanted to purchase so that a staff member would do it for me while I waited outside.

“I considered that to be unreasonable because that would mean that I give them my bank card and my secret PIN,” she said.

A frustrated Gurunhe posted her ordeal on various local WhatsApp groups and ordinary people reacted, venting their anger on the retail giant for alleged discrimination.

NewZimbabwe.com could not readily obtain comment from the company management.

Reacting to the matter, Masvingo mayor, Collin Maboke a lawyer by profession, said he was disheartened by what happened to Gurunhe adding that he was willing to institute legal action against the shop on her behalf.

“That is an outrageous act of discrimination and TM Pick n’ Pay must be held responsible for that,” said Chivhanga.

Since the onset of the Covid 19 pandemic, the World Health Organisation (WHO) recommended regulations that require business owners to sanitise their customers and check their body temperatures before allowing them entry into their premises as a measure to curb the spread of the virus.