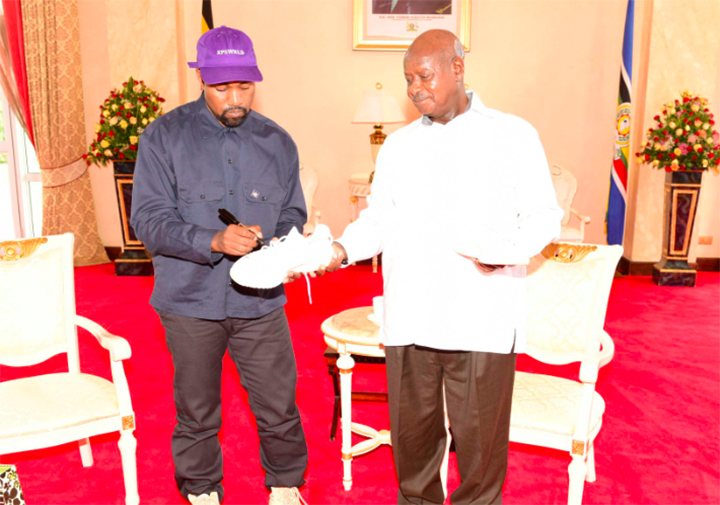 Kanye West has met with Uganda’s president during a visit to the east African nation and given the 74-year-old leader a pair of white sneakers.

West and his wife, reality TV star Kim Kardashian West, have been vacationing in a national park in Uganda. He is said to be recording music in a tent.

Uganda’s presidency released photos of a hoodie-wearing West meeting Museveni at the State House on Monday and exchanging gifts.

Excited tourism officials see the visit as an endorsement of the country’s tourism potential.

Uganda’s government has been criticised over its treatment of a local pop star-turned-opposition lawmaker, Bobi Wine, who alleges torture by security forces. The government denies it.