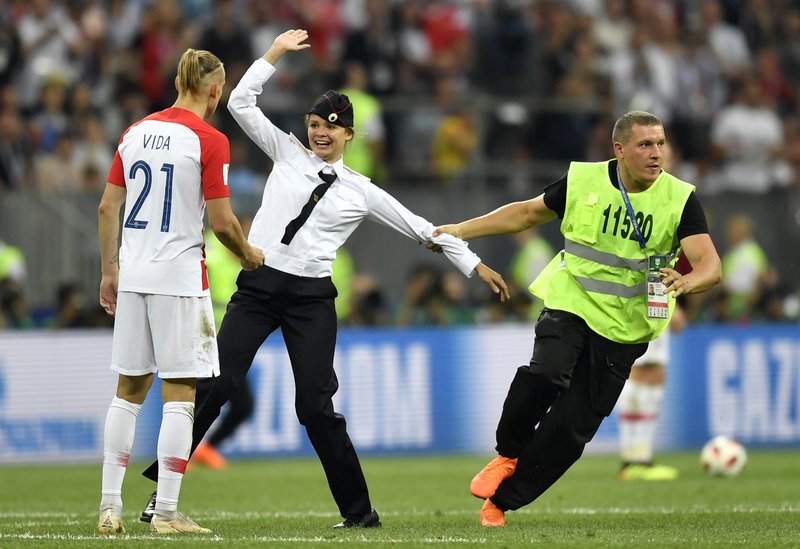 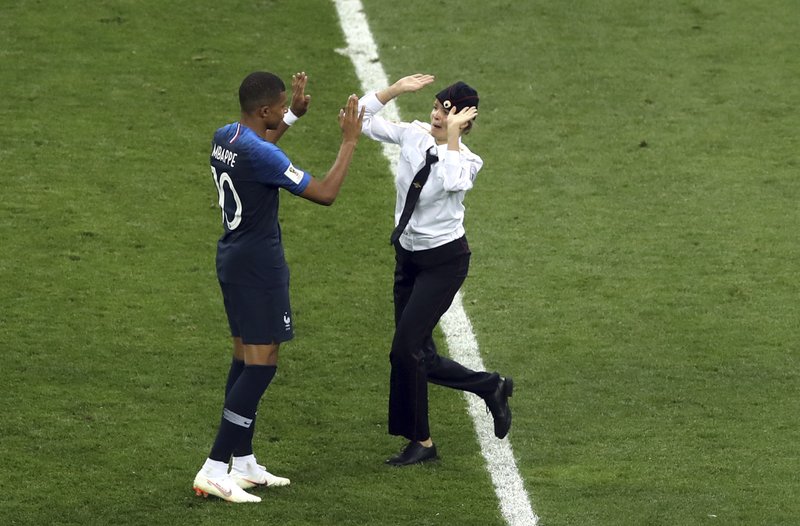 MOSCOW: Russian protest group Pussy Riot has claimed responsibility for four people who ran onto the field and disrupted the World Cup final.

The punk band says in a statement posted on their Twitter feed Sunday that the disruption was a protest.

The four people who charged onto the field in the 52nd minute simultaneously in what appeared to be old-fashioned police uniforms were tackled to the ground by stewards. Croatia defender Dejan Lovren pushed a male protester, helping a steward to detain him.

Before being hauled away, one woman managed to reach the centre of the field and share a double high-five with France forward Kylian Mbappe, who had a shot saved a minute earlier.

“Hello everyone from the Luzhniki field, it’s great here,” the group said on Twitter , and released a statement calling for the freeing of political prisoners, an end to “illegal arrests” of protesters and to “allow political competition” in Russia.

Their statement also referenced the case of Oleg Sentsov, a vocal opponent of Russia’s annexation of Crimea from Ukraine in 2014, who was sentenced in 2015 to 20 years for conspiracy to commit terror acts. He denies the charges and has been on a hunger strike since mid-May.

The balaclava-clad women of Pussy Riot, a Russian punk rock group, rose to global prominence with their daring outdoor performances critical of Russian President Vladimir Putin in 2012 that sent two members to prison for nearly two years. Putin was watching the game alongside his French counterpart Emmanuel Macron and FIFA president Gianni Infantino.

FIFA did not immediately respond to a request for comment.

The protest was briefly shown on international TV broadcasts, even though FIFA policy is usually to cut away from field invasions. 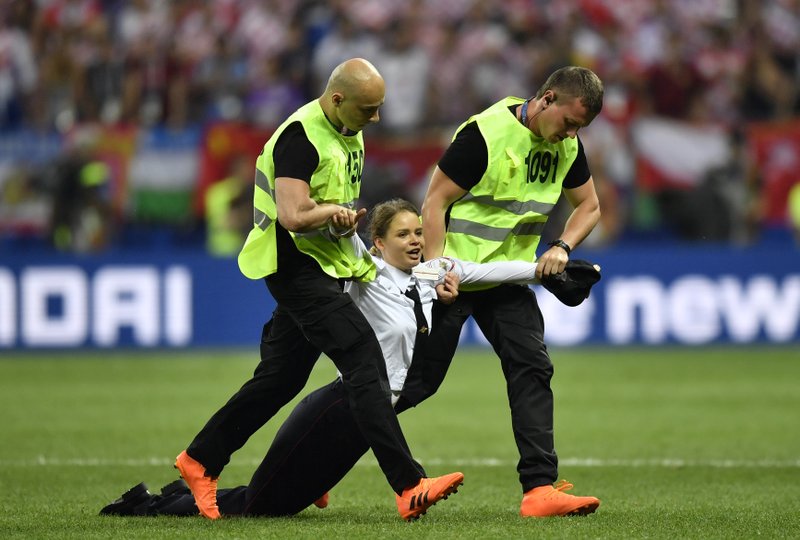