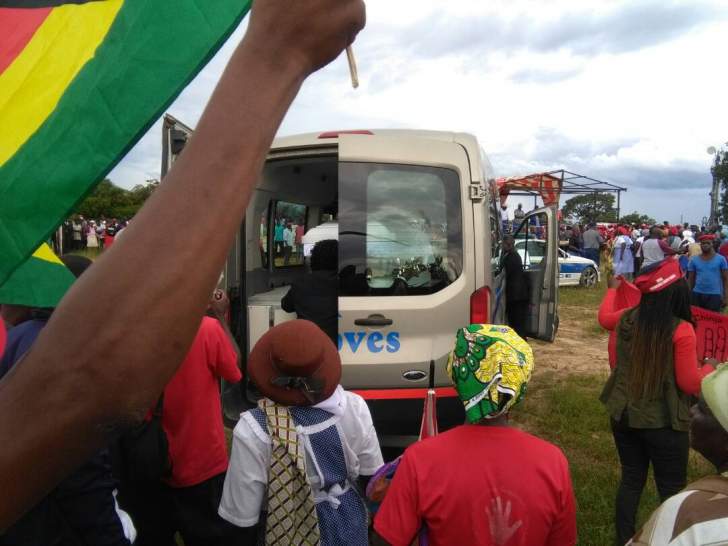 PRESIDENT Emmerson Mnangagwa on Sunday visited the home of deceased opposition leader Morgan Tsvangirai to pay condolences to his family and to urge unity as power struggles within the opposition have heightened tensions.

President Emmerson Mnangagwa pledged that his government will meet hospital and funeral expenses for Tsvangirai, who died of colon cancer last week in neighboring South Africa.

Tsvangirai’s body arrived in the capital, Harare, on Friday and was taken to a military barracks where it will remain until Monday for public viewing. The longtime opponent of former president Robert Mugabe will be buried Tuesday in Buhera, his rural home .

Hundreds of Tsvangirai’s supporters, wearing the red colour of the Movement for Democratic Change party, hiked for kilometers to the airport and then to his home for a vigil.

Some complained about the military’s role in the funeral and burial arrangements, saying the army had been instrumental in harassing Tsvangirai and his supporters over the years.

Mnangagwa said military involvement was standard procedure for state funerals and Tsvangirai had served as prime minister in the 2009-2013 coalition government.