President Emmerson Mnangagwa on Wednesday led the nation in commemorating the 38th independence anniversary, five months after he took over power from former President Robert Mugabe.

Mnangagwa said the independence celebrations, the first in post-Mugabe era, were historic as they came under a new political dispensation.

“This year’s celebrations have a renewed significance as they are the first under the new dispensation. The first in a new Zimbabwe,” he said in an address to a capacity crowd gathered at the National Sports Stadium in Harare to commemorate the Day.

Mnangagwa rallied Zimbabweans both at home and abroad to unite in rebuilding the country’s economy ruined by years of Western sanctions and mismanagement.

“Together we are embarking on a new journey of nation building irrespective of creed, language, age, religion or political persuasion. I call on all Zimbabweans both at home and abroad to proudly celebrate the past and boldly stride forward arm-in-arm towards a brighter future,” the president said.

He acknowledged that the country’s 38 years of independence from colonial power Britain had been fraught with challenges, mistakes and missed opportunities.

The government had also set out to make Zimbabwe a middle-income economy by 2030 through increased investment and broad-based empowerment, he said.

The president reiterated his resolve to build a corruption-free Zimbabwe, saying his administration had since established two anti-corruption courts in Harare and Bulawayo, with plans to set up more at provincial centers.

Bolstered by the goodwill and huge investment commitments the new administration continues to receive from the international community, Zimbabwe was poised for an economic boom, he added.

He said his government will vigorously pursue efforts to harness the country’s agriculture, mining, tourism and manufacturing sector potential to propel economic growth, expected at 4.5 percent in 2018, up from 3.7 percent in 2017.

Mnangagwa acknowledged the continued cash crisis in the economy and appealed for the nation to be patient as government responds with various measures.

He said the cash crisis will not be resolved overnight. 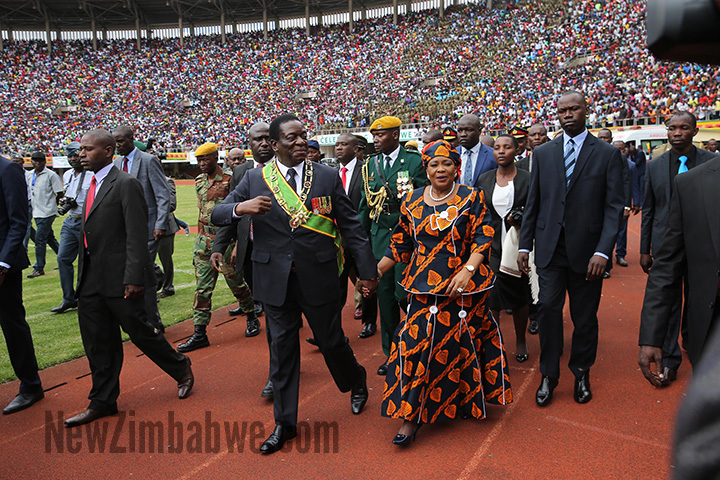 President Emmrson Mnangagwa and wife arrive for the event 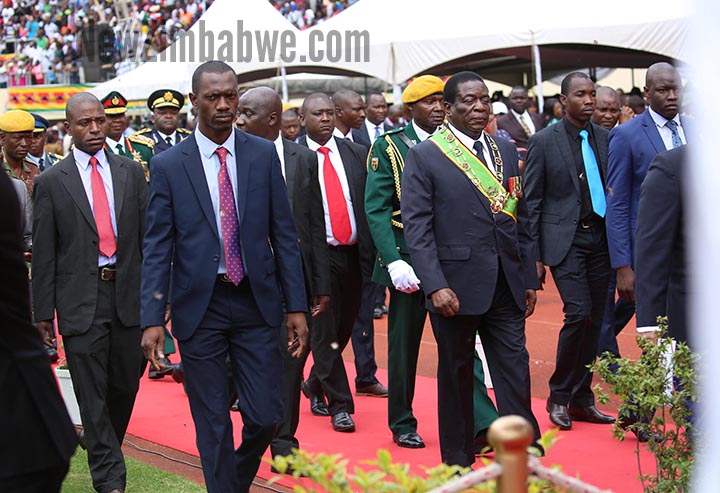 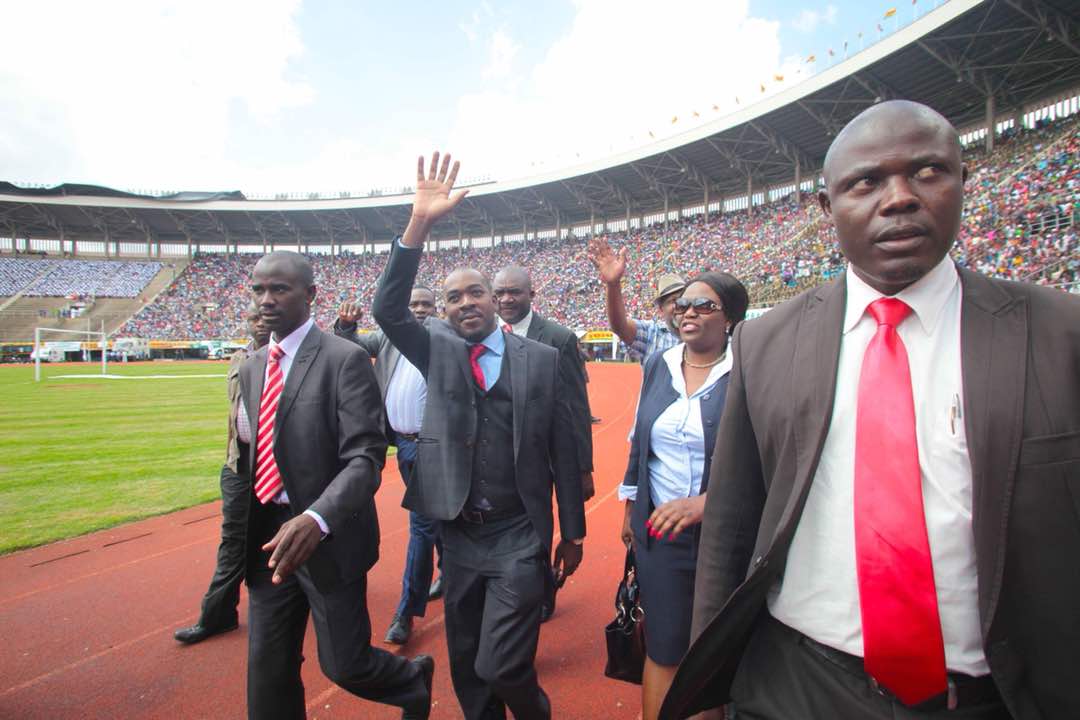 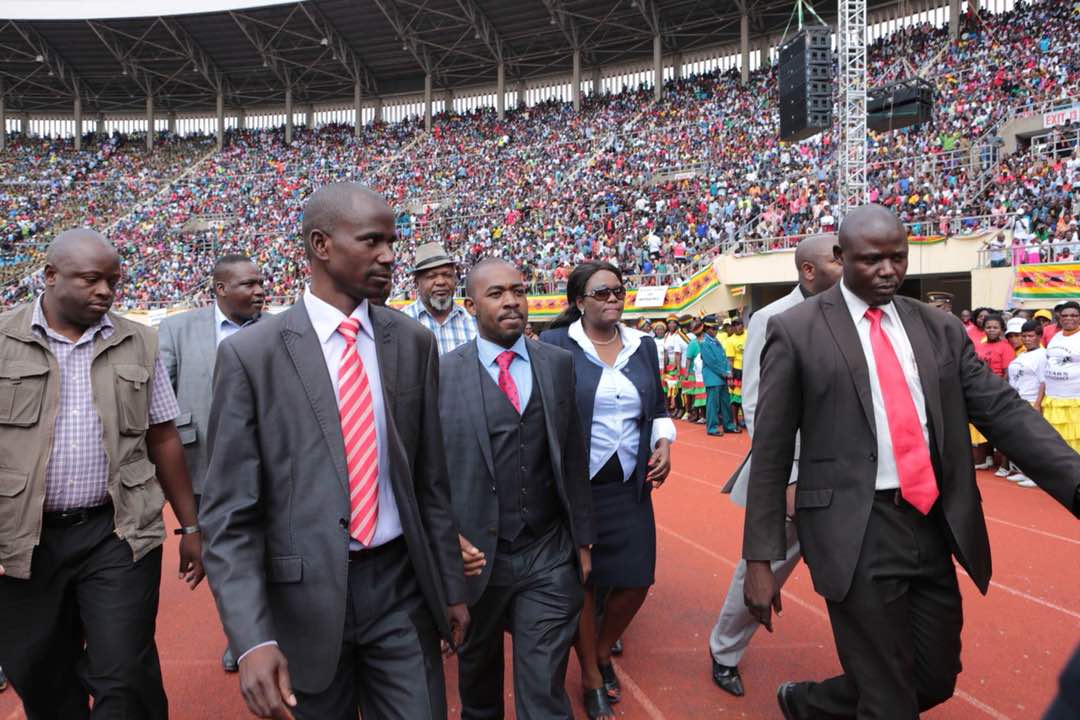 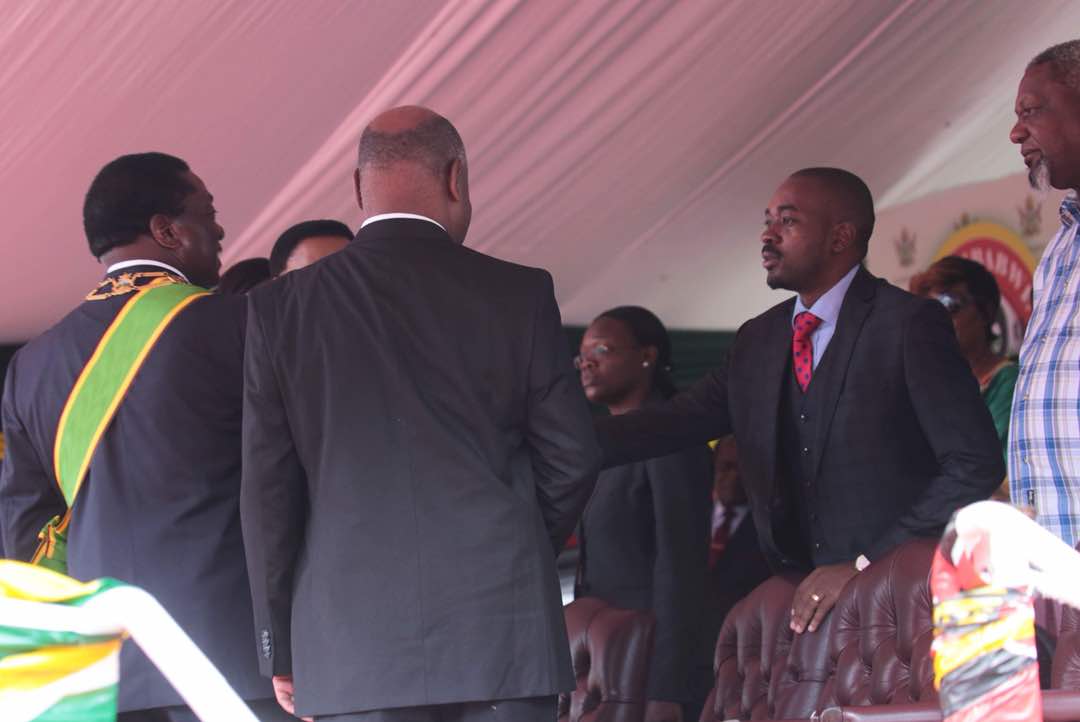 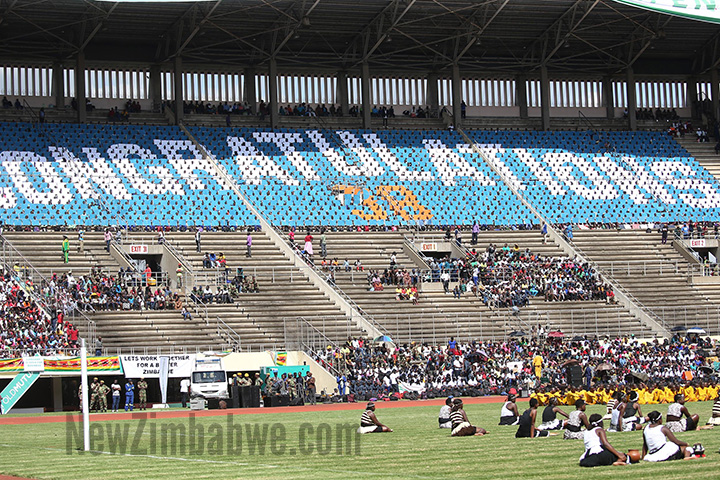 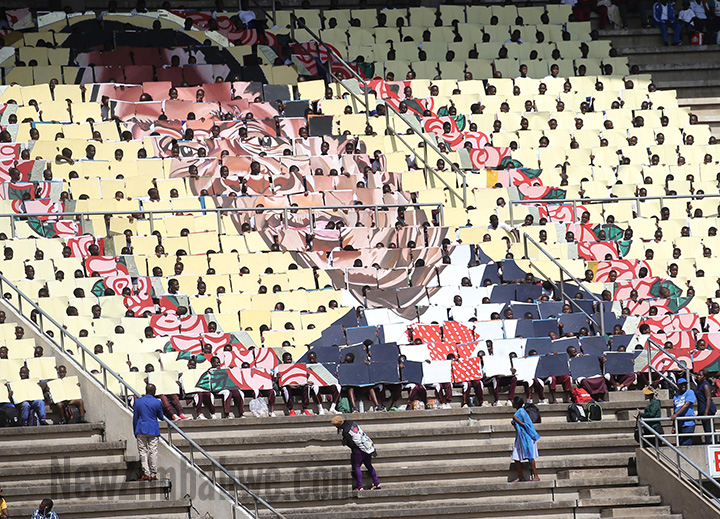 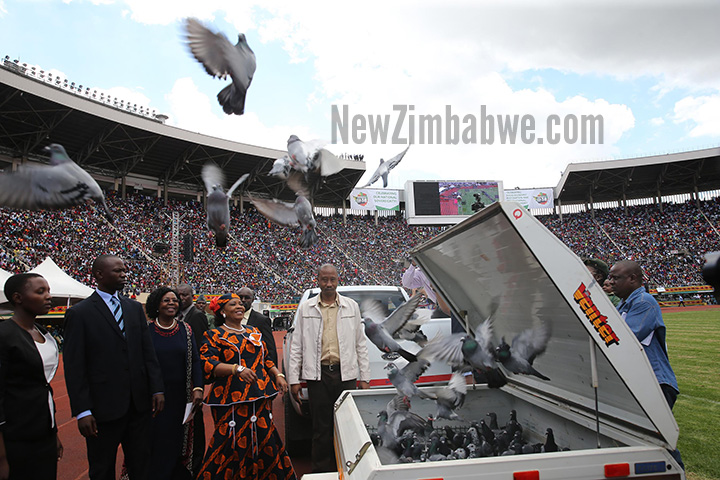 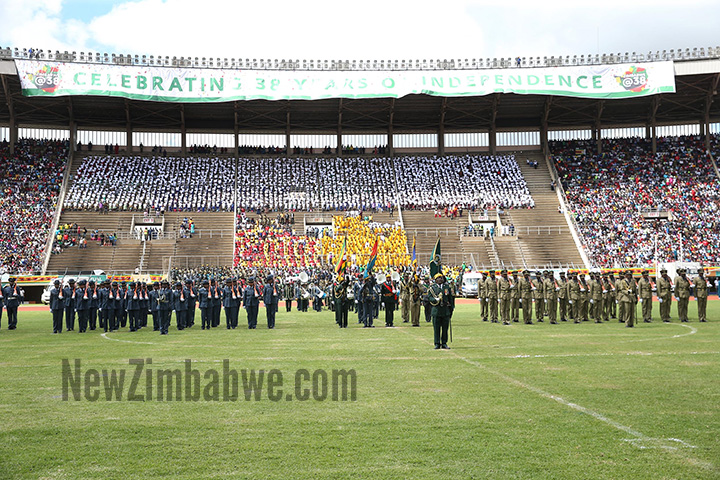 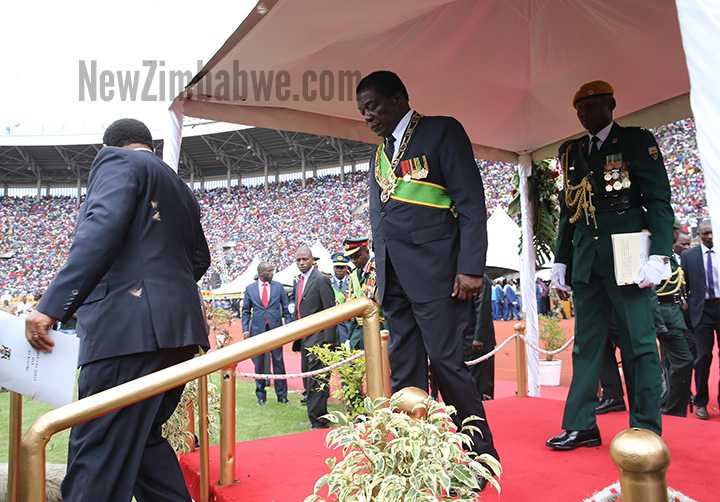 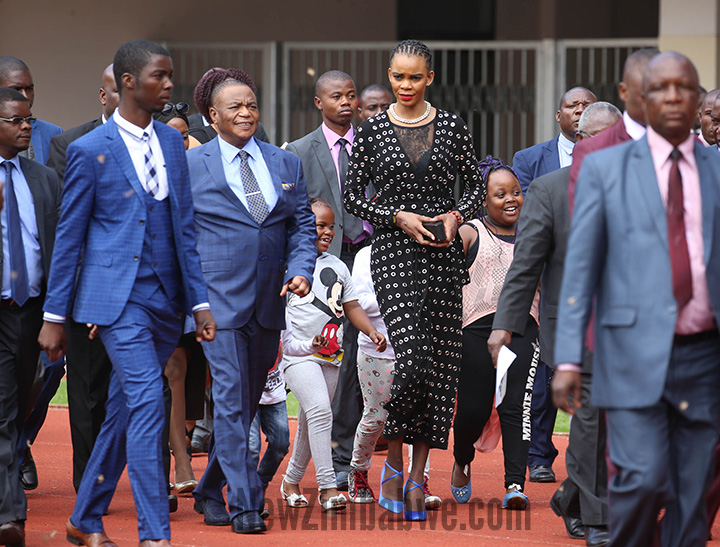 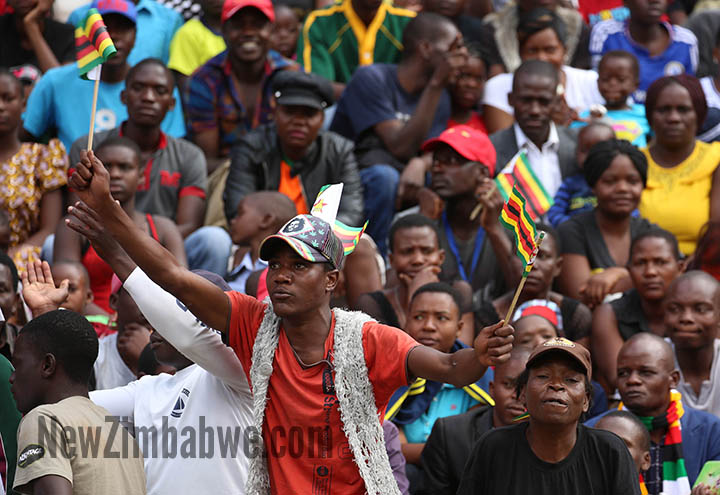 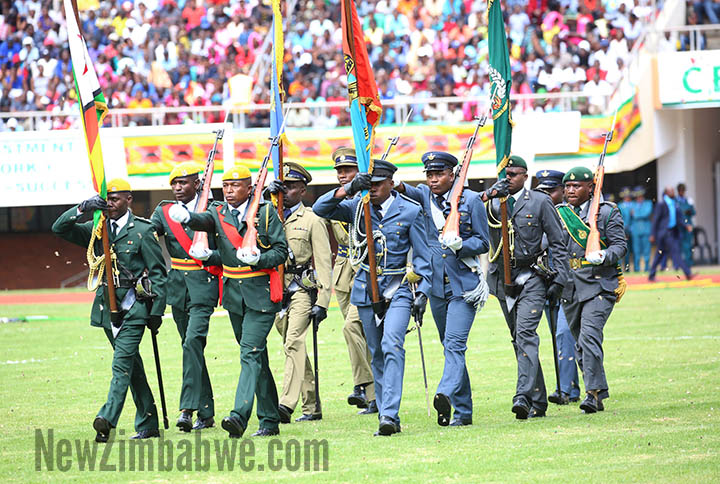