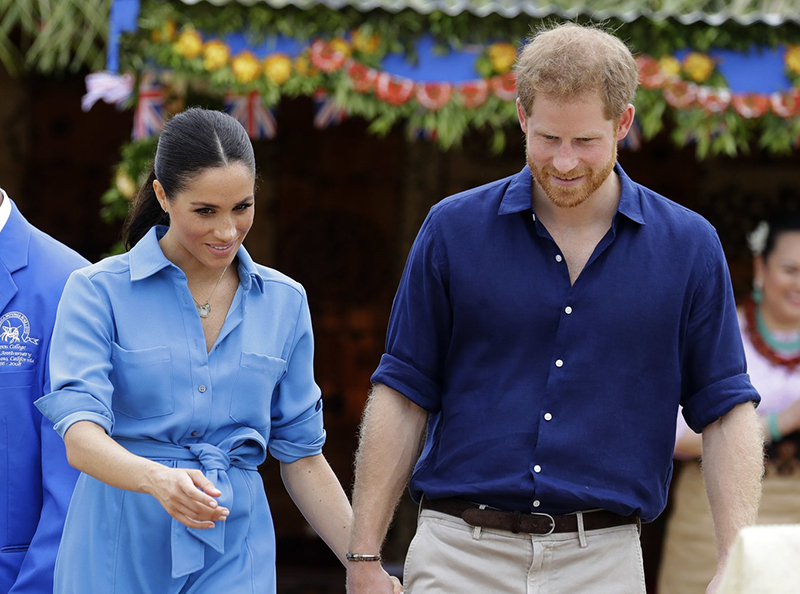 TONGA: A plane carrying the Duke and Duchess of Sussex had to abort its landing at Sydney airport on Friday evening and flew around because there was another aircraft on the runway.

Prince Harry and wife Meghan were returning from a visit to Tonga back to Australia, where they began their 16-day tour of 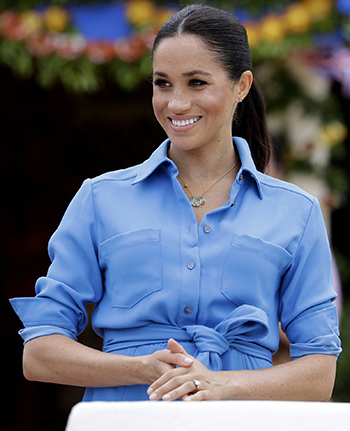 four nations, when a message from the flight deck announced: “There was an aircraft on the runway a little slow to roll so the decision was taken to abort the landing.”

ly” the impact of environmental changes because the islands of the archipelago are directly affected.

make the dedication. The high school was founded in 1866 and is believed to be the oldest in the region. It’s home to the last remaining forest on Tonga’s main island, Tongatapu. The other reserve is on the island of Eua.

“Planting trees and conserving forests helps us in so many ways,” Harry said. “It is a simple but effective way to restore and repair ou

The couple dedicated the two reserves to the Queen’s Commonwealth Canopy environmental initiative, which was started in 2015 and has been signed on to by 42 of the Commonwealth’s 53 countries.

Earlier in the day, the royal couple visited an exhibition celebrating Tongan handicrafts, including traditional mats and tapa cloth. They also met with political leaders.

Tonga, home to just 106,000 people, is also known as the friendly islands. It was a British protectorate before gaining independence in 1970 and remains a part of the Commonwealth group of nations.

The couple later returned to Australia to catch the final days of the Invictus Games, which Harry founded in 2014. The games give sick and injured military personnel and veterans the opportunity to compete in sports such as wheelchair basketball.

After Australia, the couple will finish their trip with a four-day visit to New Zealand.