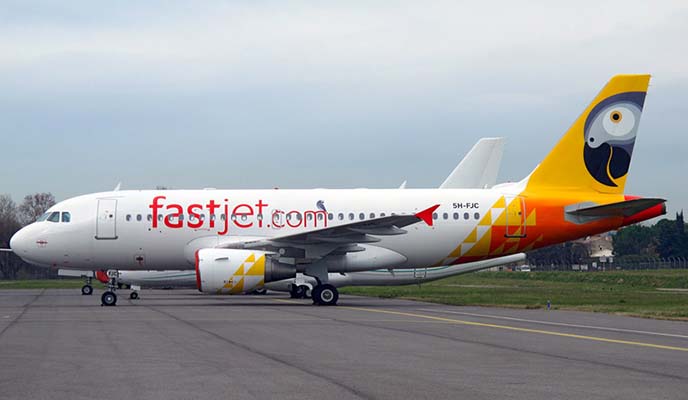 A FASTJET official has confirmed that one of its planes was Wednesday morning forced to make an emergency u-turn to Harare after failing to land at the Joshua Mqabuko Nkomo International Airport in Bulawayo due to power cuts.

There was no backup generator available at the airport for the plane to make a safe landing forcing it to return back to Harare where passengers disembarked and waited for hours.

Fastjet Zimbabwe spokesperson Nunurai Ndawana confirmed the incident, adding the plane later flew back to Bulawayo a few hours later after electricity had been restored.

“Fastjet Zimbabwe confirms that their flight FN8441, 26 January 2022, from Harare to Bulawayo, was unable to continue to Bulawayo’s JM Nkomo International Airport due to the Airport Authority advising the crew that there was no power at the airport,” he said.

“With no power available, this could affect the landing and navigation aids typically used by the crew when approaching and landing the airport. As the safety and comfort of our passengers and crew is our top priority, the flight crew opted to return to Harare, where customers disembarked and remained at the terminal until power was restored at Bulawayo.

“The flight operated a few hours later on, with all customers reaching their final intended destination. The flight was being operated by the airline’s ERJ 145 aircraft,” Ndawana said.

The Fastjet plane’s failure to land Wednesday is the latest case of disrupted flights attributed to obsolete airport equipment at most state-owned airports in the country.

Last month, some flights from Harare and South Africa to the Joshua Mqabuko Nkomo International Airport were cancelled for three consecutive days after airport navigation equipment broke down.

Planes are landing at the Robert Gabriel Mugabe International Airport in Harare without any radar systems to guide air traffic controllers, the chairperson of Parliament’s budget committee, Oscar Gorerino confirmed at the end of last year.