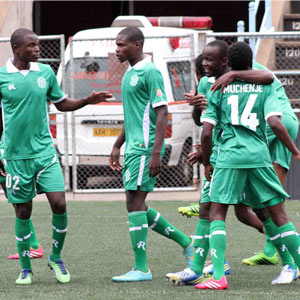 FC PLATINUM and Caps United’s bid to win the league title could be affected as the two sides will be missing some key players due to suspension in their weekend’s respective games.
Leaders FC Platinum travel to Harare City on Saturday and will be without midfielder Winston Mhango.
Mhango has been one of the outstanding performers for the platinum miners this season but after accumulating three yellow cards, he will miss the trip to the capital city.
The platinum miners are just a point clear at the top and missing an instrumental player, at such a crucial stage of the league race could play a negative role in their glory quest.
However, FC Platinum are not the only title-chasing side missing a key player, as Caps United will also be without defender Stephen Makatuka when they travel to Border Strikers.
Being a senior player as well a big figure at the club, center-back Makatuka’s absence could prove to be a tricky situation for United especially that they are travelling to Dulivhadzimo Stadium where Strikers have been very resistant.
But Caps United assistant coach Mark Mathe is not unfazed by the absence of Makatuka.
“Every time when we play we miss some players due to suspension or injuries so Stephen not being there is not a big worry for us. We have always been prepared to play without even some of our senior guys,” Mathe said.
“Yes of course Stephen is a senior player and his absence could be felt but we will try to do without him. There are other guys who can step in and do well. All-in-all this situation is not much a big issue for us. We know this is a crucial match for us.”
Carlton Munzabwa and Dennis Dauda are some of the players that could step in for Makatuka.