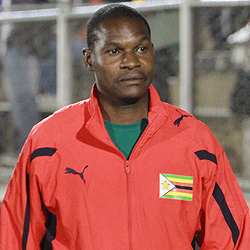 FC Platinum’s international friendly against Power Dynamos of Zambia that was scheduled for Mandava Stadium on Saturday has been cancelled.
The match could have been the first for Coach Norman Mapeza’s side that will face Sofapaka of Kenya in the Caf Confederation Cup preliminary round, first leg on February 13 before the second leg two weeks later in Zvishavane.
In a statement, Platinum said: “This is to advise that the international friendly pitting FC Platinum and Power Dynamos has been rescheduled to a later date. We have been requested to postpone by our Zambian counterparts owing to the congested calendar of activities in that country including the Presidential elections scheduled for Tuesday, since movement has been restricted.
“This match was an acid test for the two coaches Tenant Chilumba who coached FC Platinum in the first half of 2013 and Norman Mapeza who has had success in his short stint including the prestigious Chibuku Cup. A new date will be announced in due course.”

The club’s media liaison officer Chido Chizondo said they are seeking other friendly matches.
“We are talking to a number of clubs about the possibility of playing friendly matches with us. Others have shown interest and if all goes well we will be confirming another international friendly match next week,” said Chizondo.
With time running out now, Platinum are hoping that Power Dynamos, who are also playing in the Caf Confederation, will finally make the trip next Saturday while hoping for two more matches against local opposition.
The Chibuku Super Cup winners have not added a huge number of players to their squad save for Emmanuel Mandiranga, Nigel Papias, Brian Muzondiwa and Wellington Kamudyariwa, choosing to maintain their core team from last season.
They lost only left back Qadr Amini, who opted for Dynamos despite being registered for the competition. The former Young Warriors captain was seeing little game time as Mapeza preferred the younger Elvis Moyo.
The uncertainty of the Mbada Diamonds Cup, which was supposed to be the season opener after failing to take off last season, has also scuppered Platinum’s preparations.
They have also put on hold the annual C.G Msipa Charity Shield, at least for now, due to their congested calendar.Advertisement